So I deboned a turkey. Again, despite the trepidation even the thought of it causes me. For some reason, though, it went considerably better this year than it has in the past. Although not as well as when the mounted police do it instead of me. This time I followed Jacques Pepin’s directions more closely and watched someone named Caveman Keto do it on YouTube. You can watch it there and it is far more informational than Jacques’ whose video isn’t really a tutorial as much as a fund raising video for PBS. I’m sure my friend Jean has already downloaded it and has her turkey out, boning knife in hand.

The thing is that in order to do this properly you need more intestinal fortitude than I possess. You have to grab and tear, crack and snap, yank, pull, cut and stick your finger into places that you’d just really rather not so you can know where the hell the joints are. This is all fine and dandy but then stabbing a sharp knife into the ball joint of a slippery, slimy, ice-cold turkey leg with fingers numbed from the cold requires a whole hell of a lot more than I got.

But of course, obviously, I did do it. But I did it so timidly it was almost laughable. When I had to snap the wing out of the joint I realized I had my eyes closed. I know that this flies in the face of the he-man perception everyone seems to have of me but it’s true. But I did finish it. I also got the bones in the oven to roast and made exquisite gelatinous stock for the stuffing and gravy. And then I dry brined it and 2 days later stuffed and filled it.

There won’t be more discussion of the turkey because in the seething anxiety of roasting it, carving it and making gravy, and then getting it all on the table I did not take even one picture. I also neglected to add the sage branch garnishes I’d cut from my sage bush for the occasion. I plan to make them into one of those sage smudging sticks and cleanse my house of the forgetting-the-garnish demon that seems to inhabit my domicile. 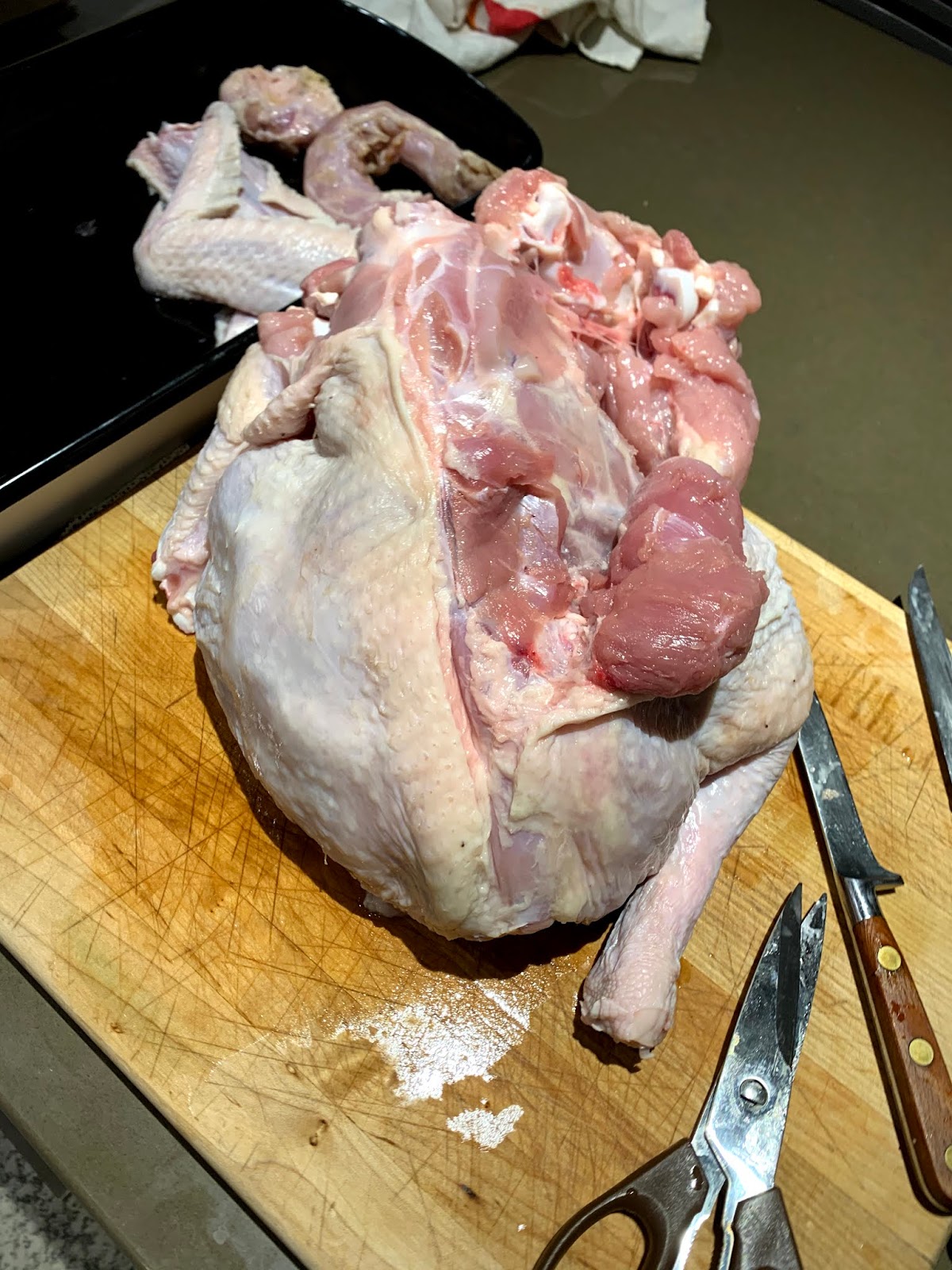 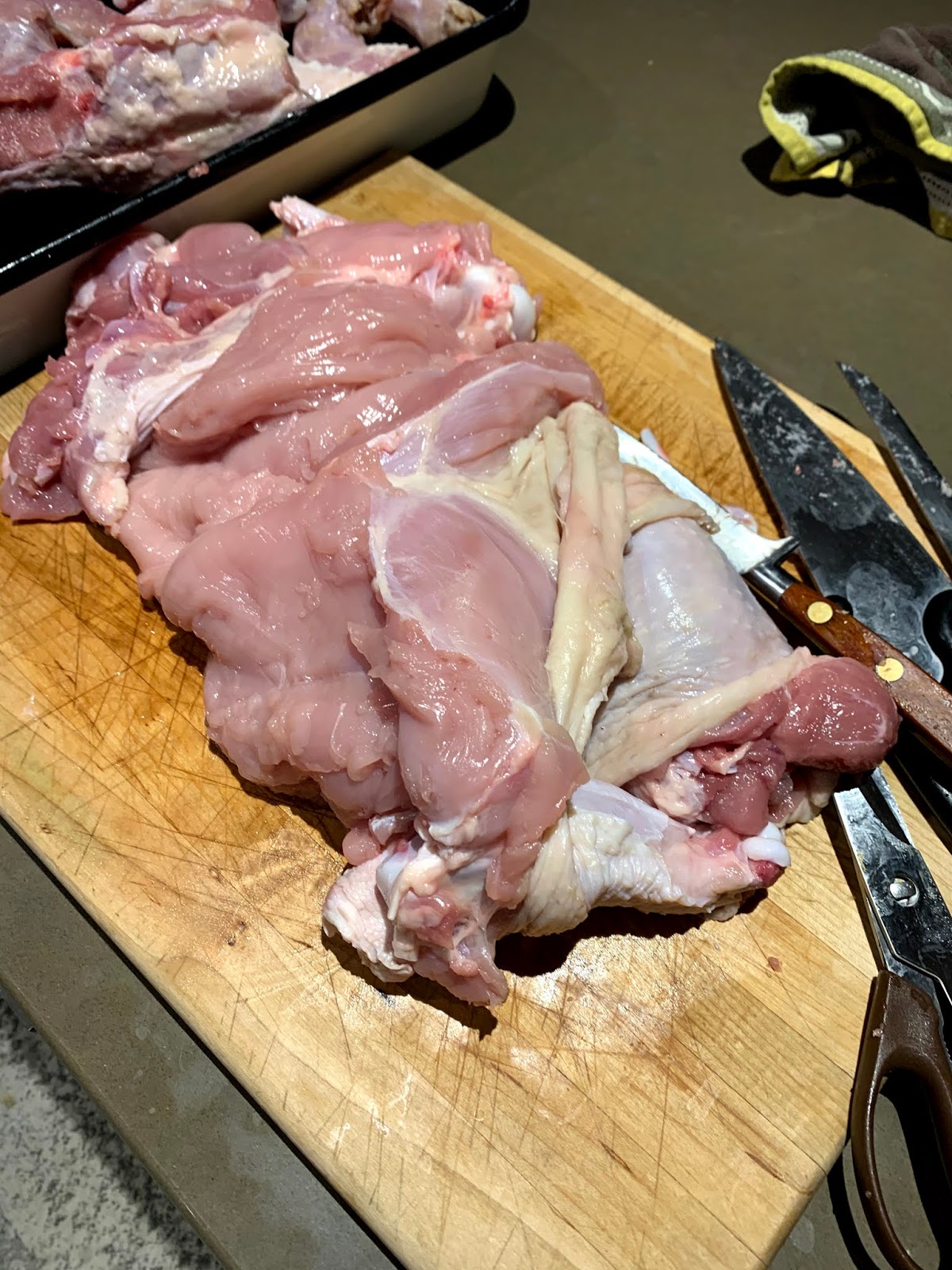 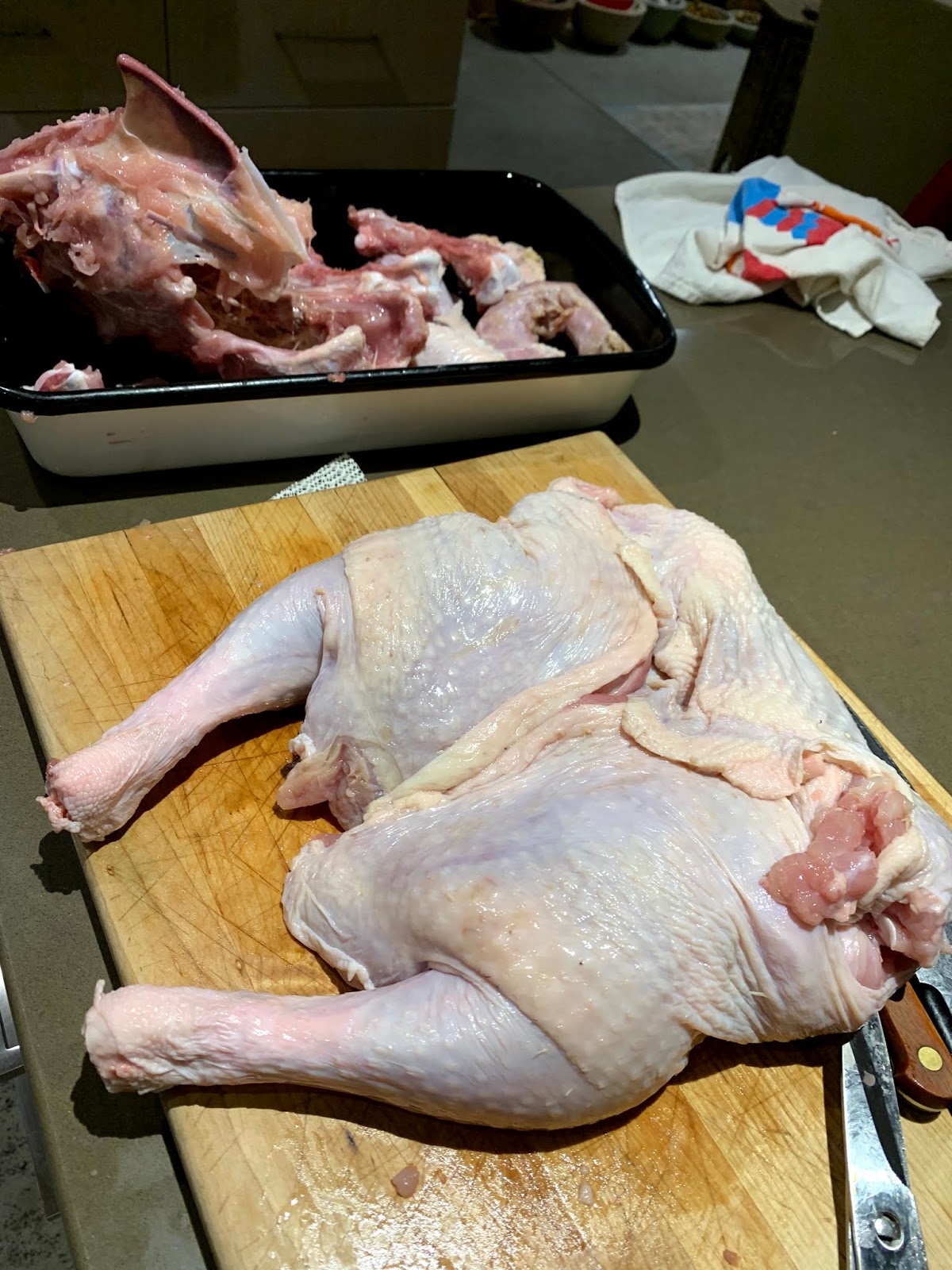 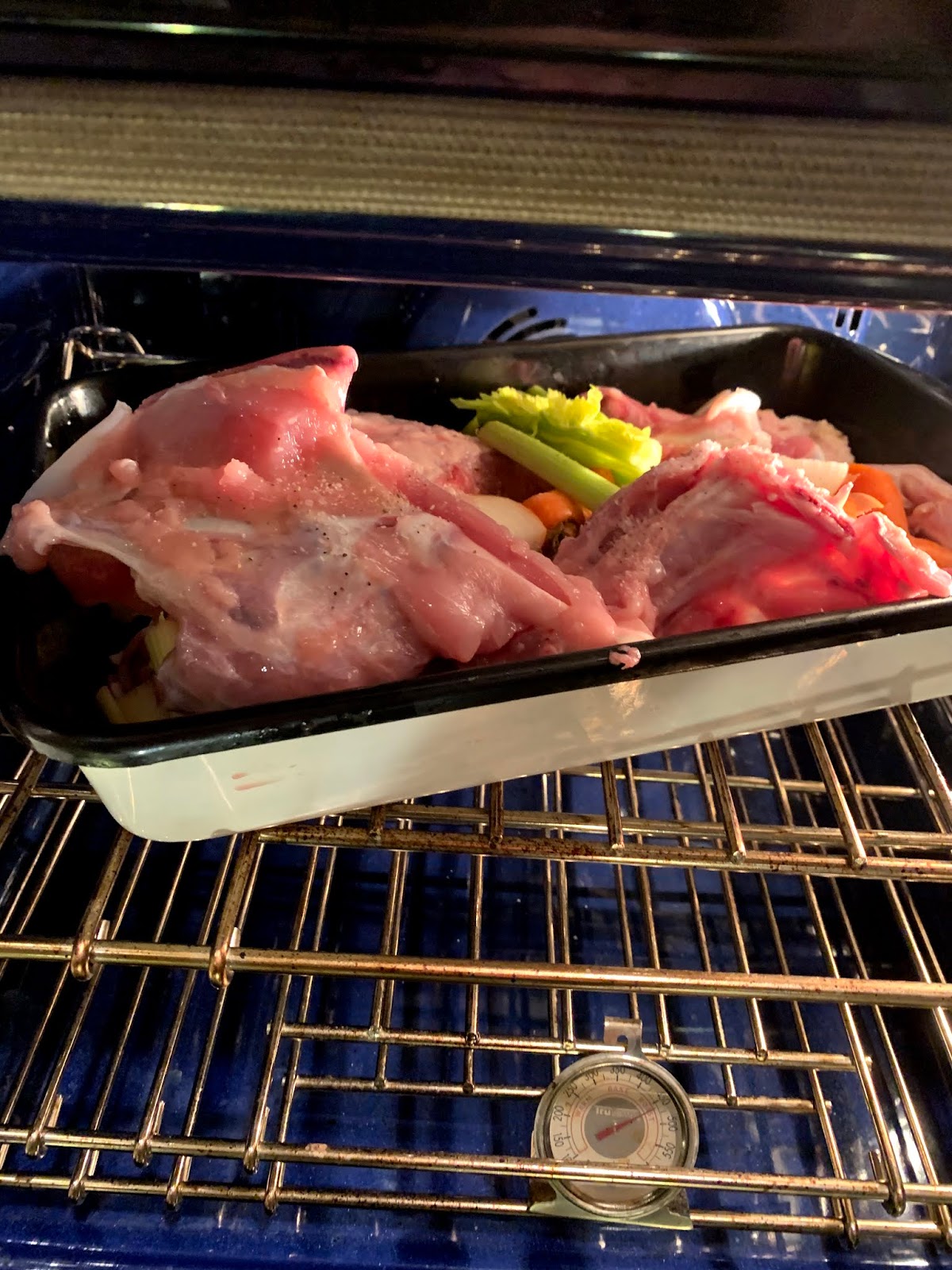 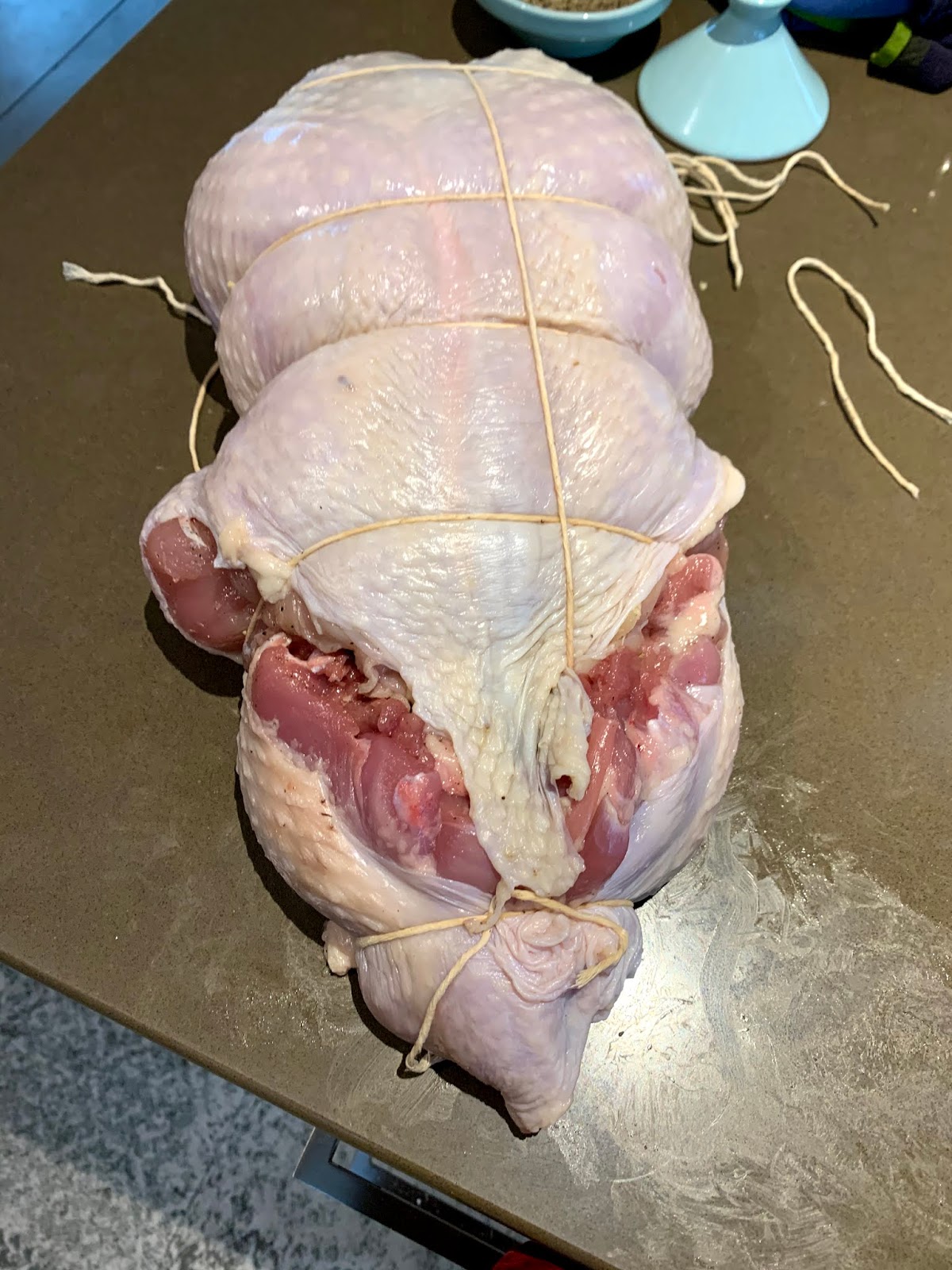