Since I have been trapped in my house I’ve spent some of my spare time, OK, a real lot of my spare time watching the YouTube. In particular Bon Appetit You Tube. I love those guys. I watched an episode with Samin Nosrat, a cooking sensation who has a NetFlix series called Salt, Fat, Acid, Heat which is definitely worth a viewing. For my taste she’s a little too enthusiastic and laugh-y. But she is a good source of information. And she’s certainly a very sweet person. She was in a Bon Appetit YouTube video with Brad Leone making focaccia. As I happened, I had a container of bread dough, which really isn’t focaccia dough but I thought, eh, good enough.

Apparently it was not good enough to fill a small half pan (quarter pan? my restaurant lingo vocab doesn’t seem to include this size) but I used all their other tips and procedures. Lots of olive oil, letting it rest and rerise and finally about a third of a cup of salty water goes on it and rises again.

What I got was a rather crispy large thing, I can’t quite call it bread or focaccia. But I can call it good enough, in fact, delicious. It was somewhat cracker-y and I’m fine with that. I had it with capocollo and some cheese or other, maybe gruyere. It was an excellent dinner during which I watched some one or other Bon Appetit video. I love those guys. 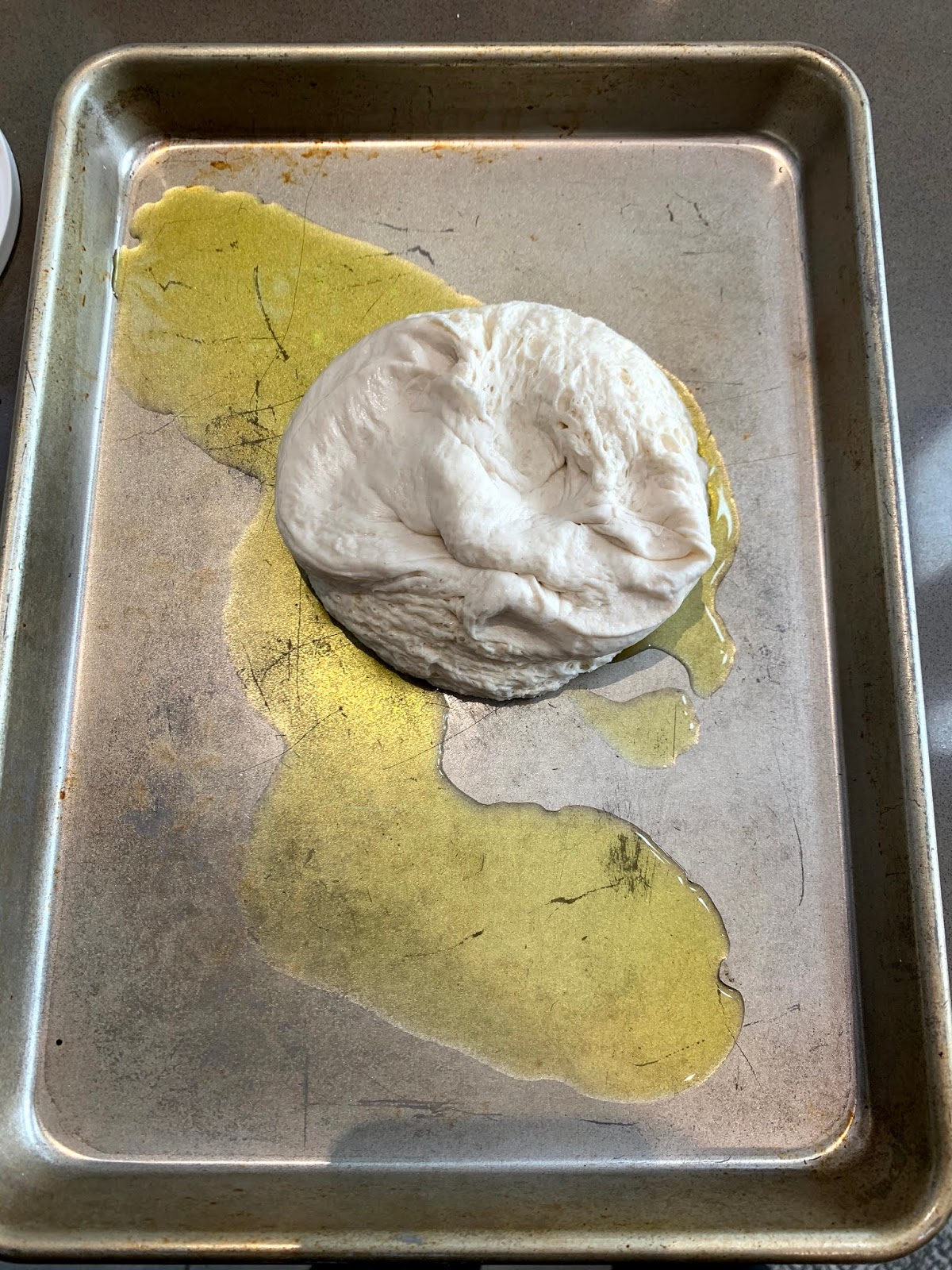 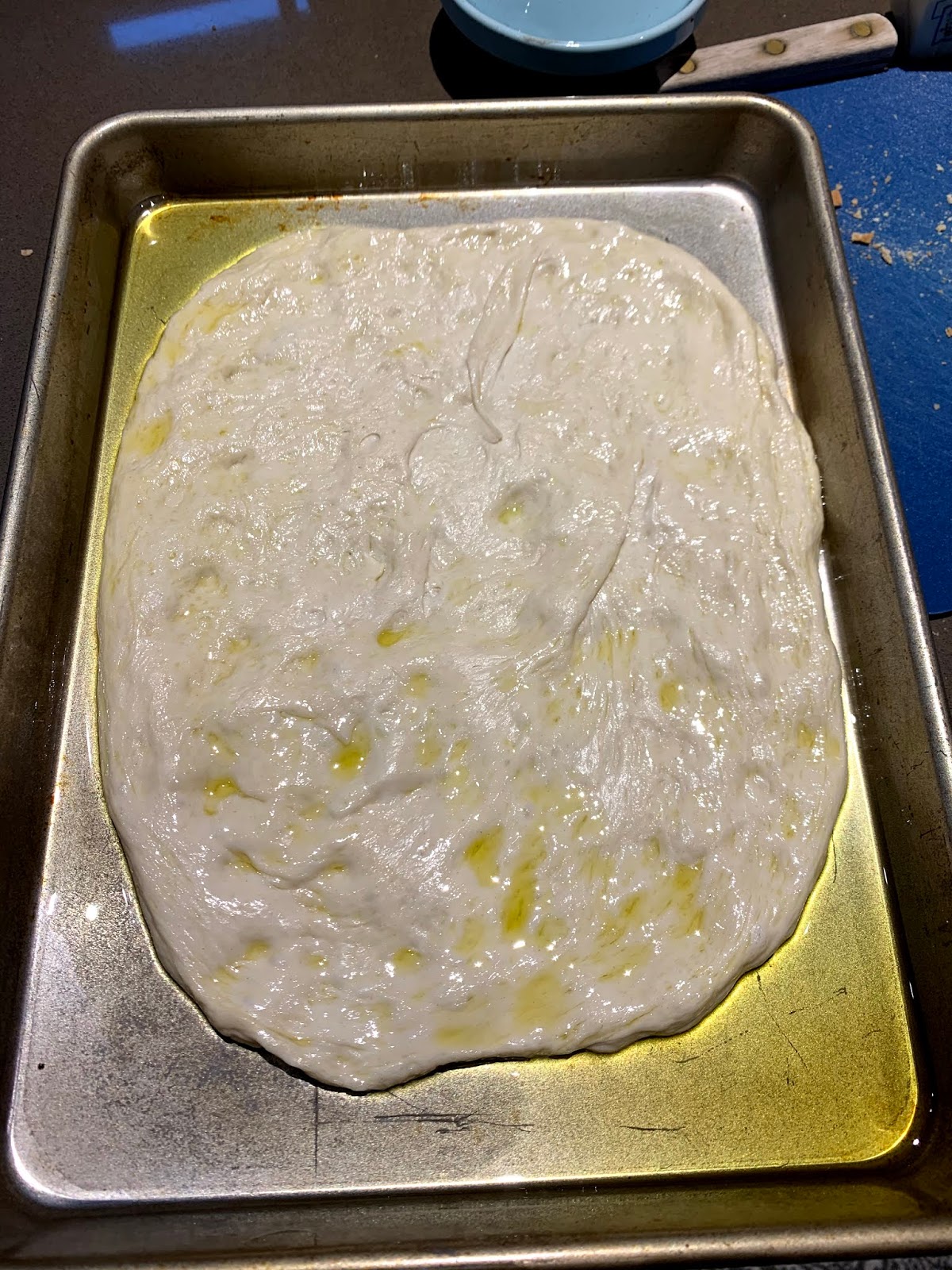 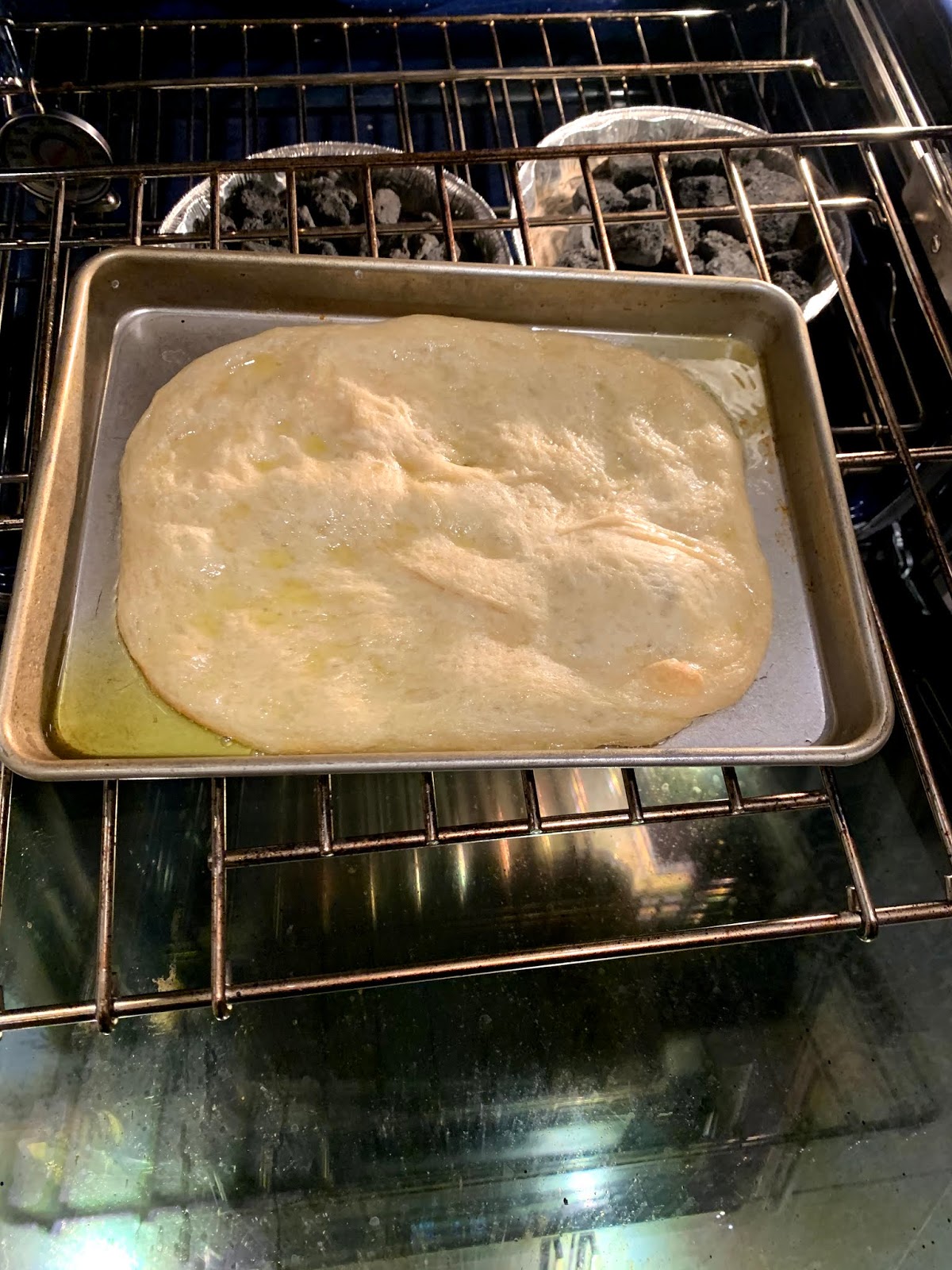 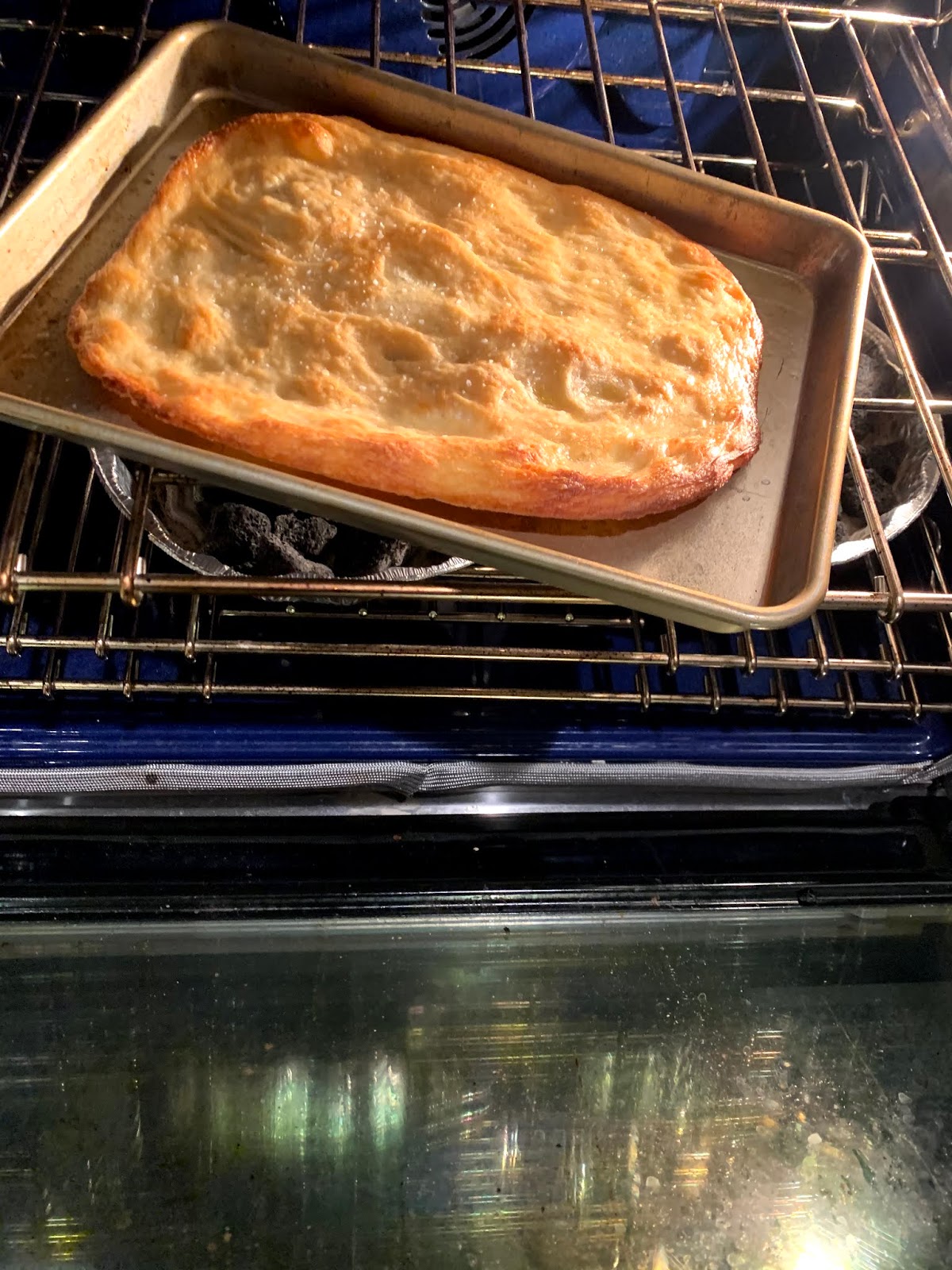 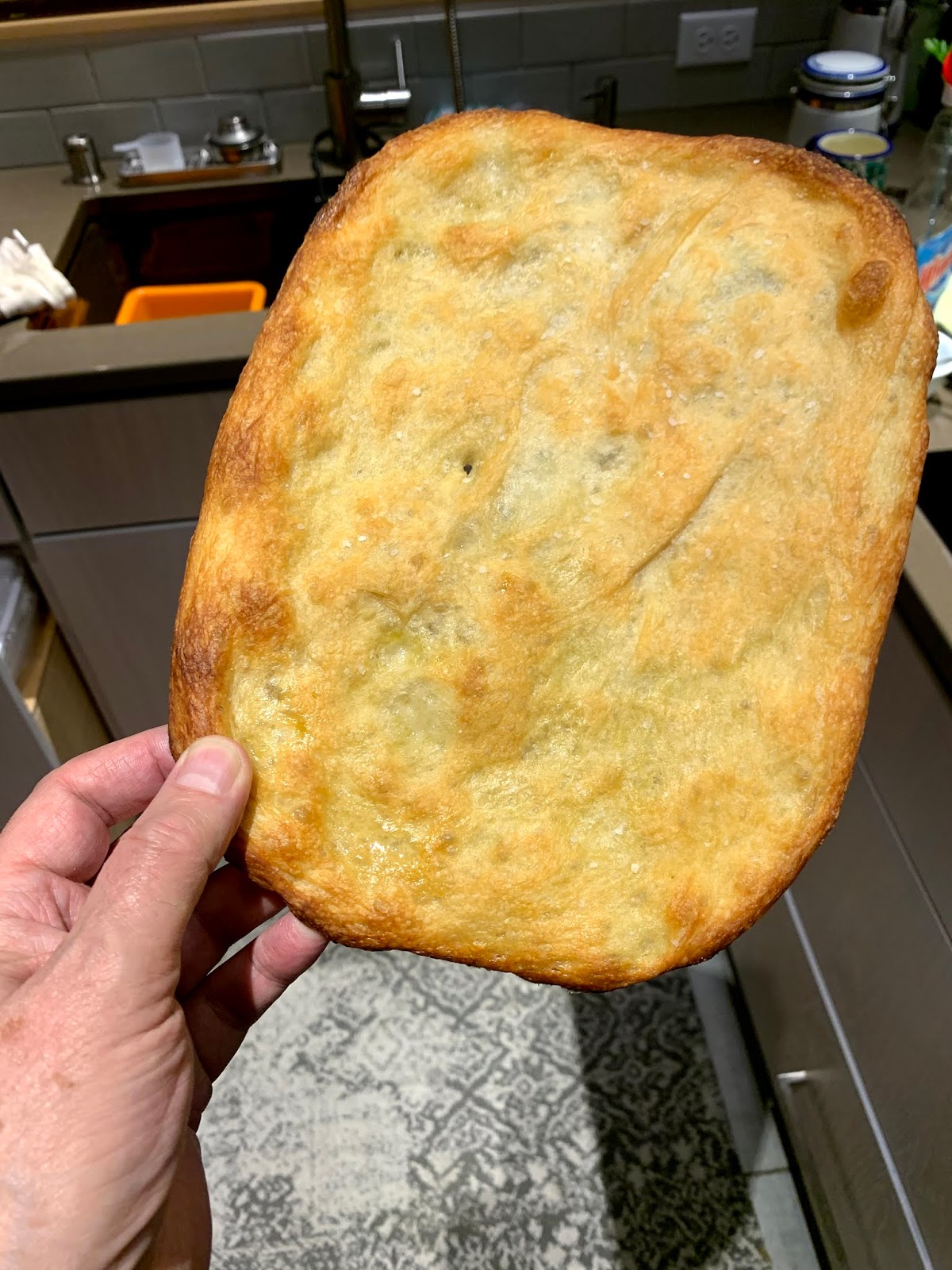 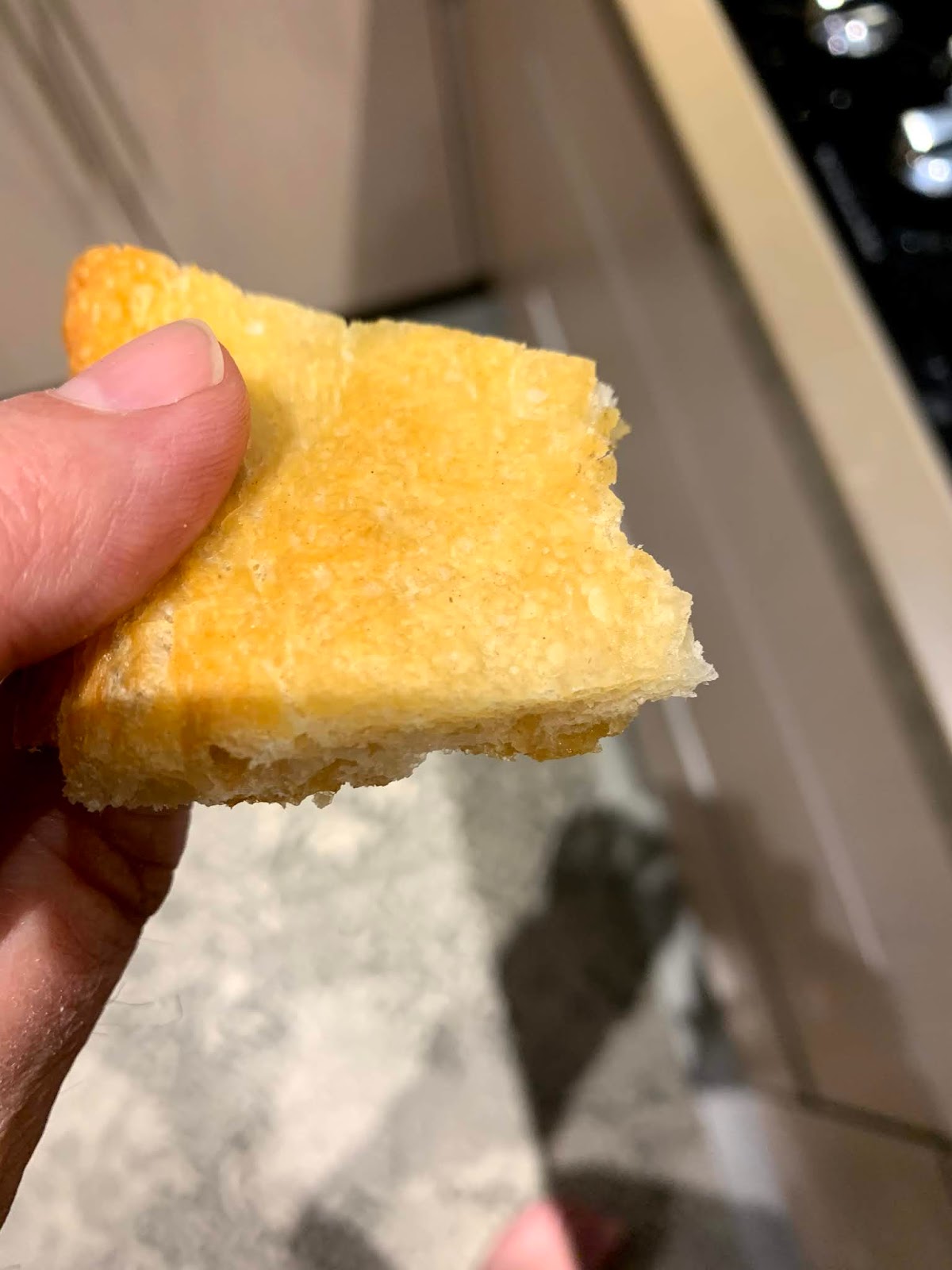 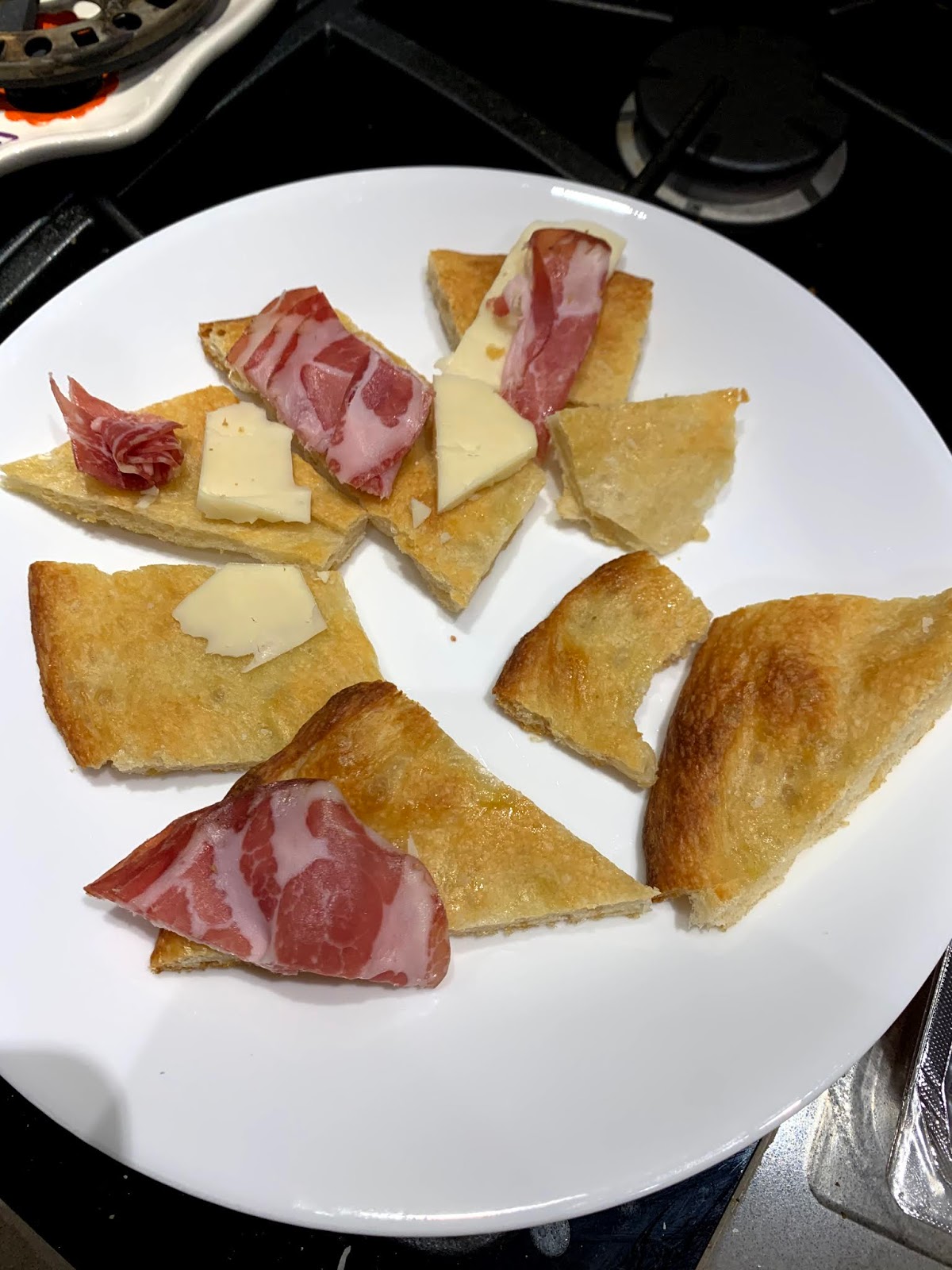