I had my doubts that this could happen in a greenhouse although they ripen oranges in greenhouses in France, or they used to anyway. But my tree is looking a little sketchy. It is in a pot after all and I’m really not sure how much nutrition it’s getting. While putting out fruit it would seem to need a lot more than usual (eating for 2, or 20, more like). I gave her some worm juice/sludge which looks pretty delicious, I mean, a tree would think so, so it has extra nutrients.

We had a frost the night I returned from Germany after which I moved her into her current resting place in the green house and she dropped some leaves. It’ll be fine and I’m going to have a lot of Meyer lemons. maybe I’ll make that super sour cake I made in Germany.

My various tropical trees are doing well in the greenhouse, their new home. I wasn’t really sure if this greenhouse would make much difference but a Meyer lemon matured into adulthood in it, it appears that blossoms are developing on it and my lime tree is happily sporting an assortment of fruit of various sizes.

I needed lime juice for coriander chutney (cilantro chutney, if you prefer) and I picked the 3 largest although still mid-sized ones. They didn’t give up much juice actually but the juice was really flavorful and fragrant.

Imagine picking limes in the middle of the winter in Wisconsin. Maybe I’ll make a pie. 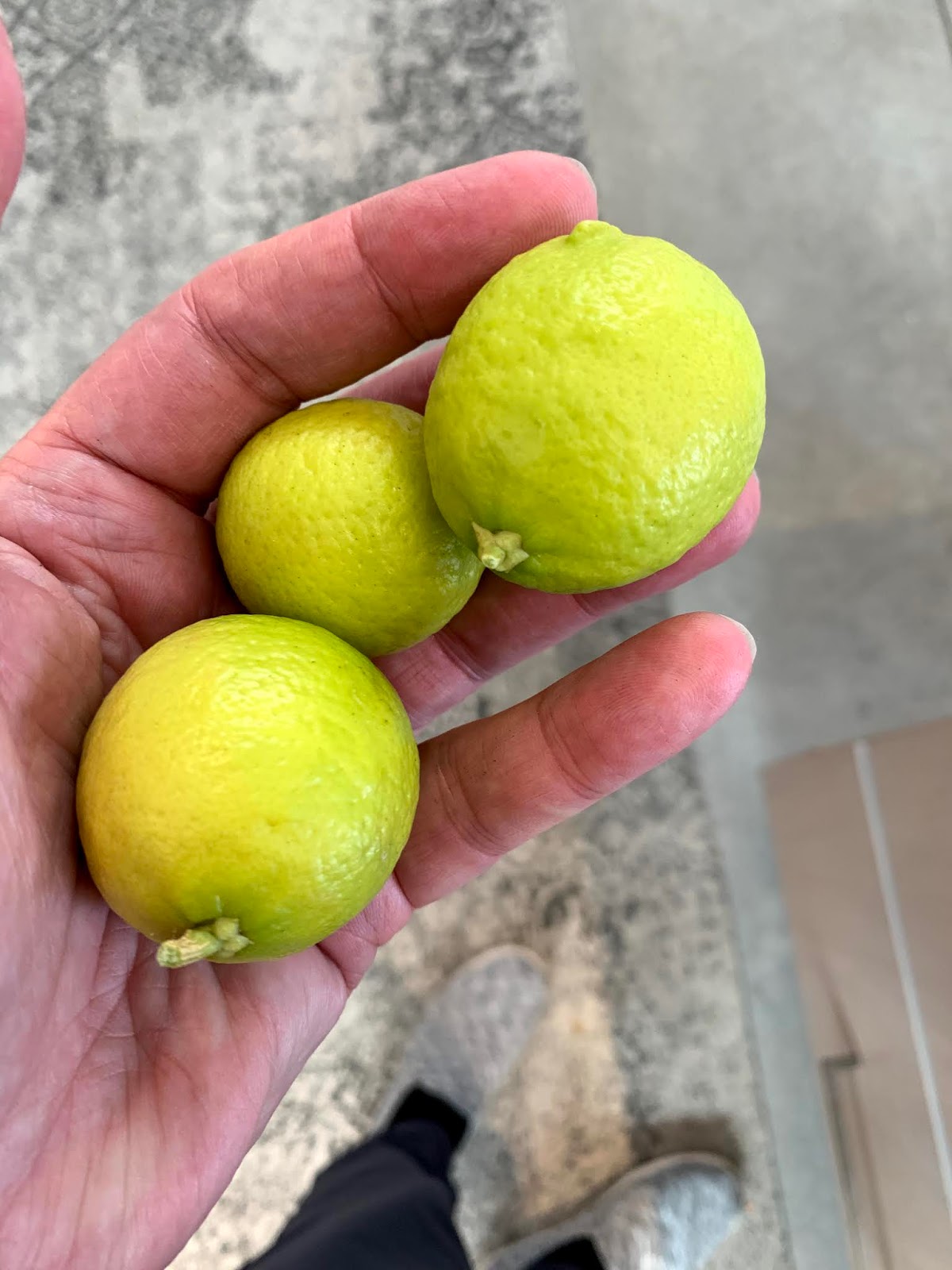 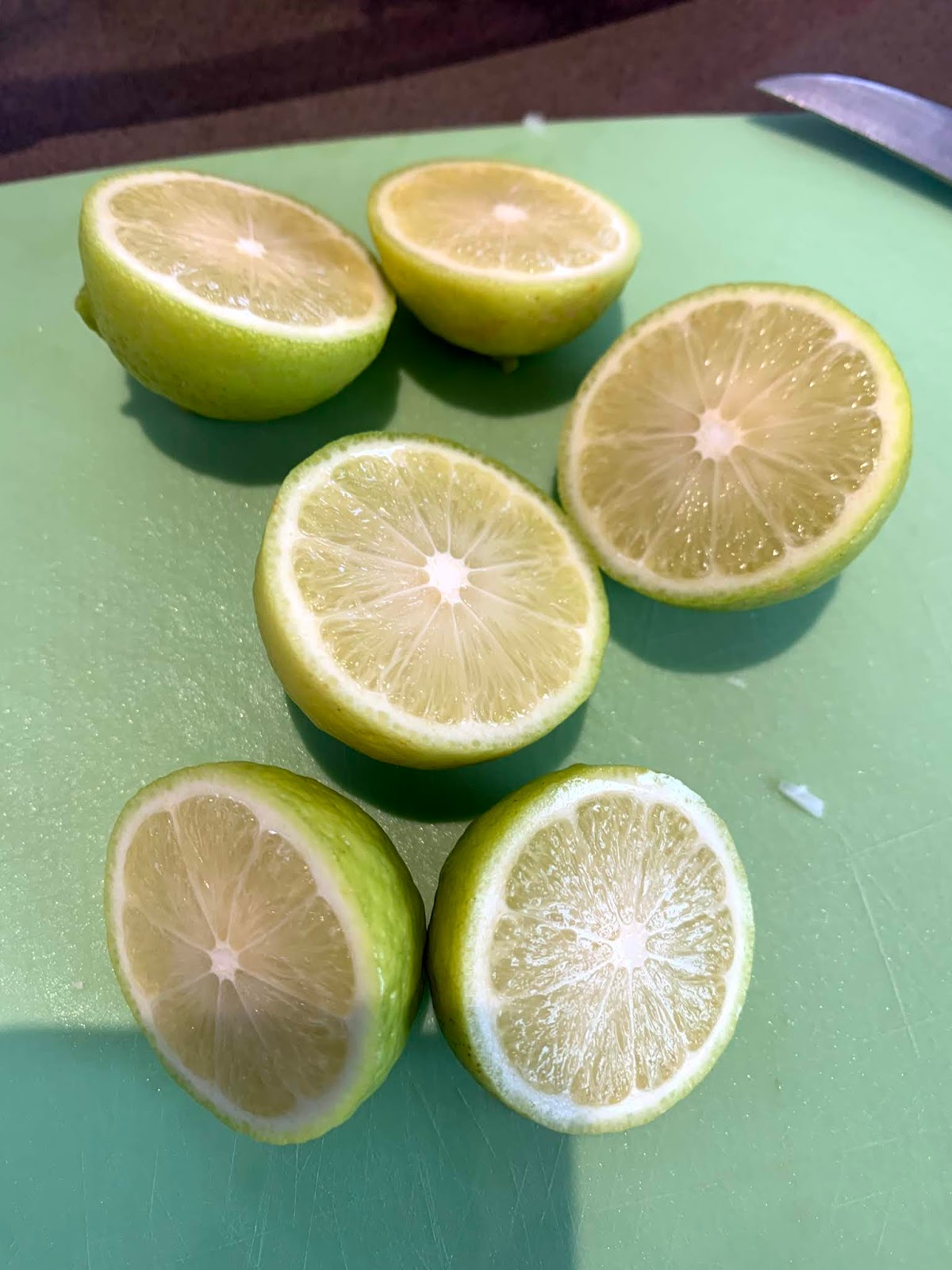