We left for Bologna yesterday at the crack of dawn. We took an incredibly cheap Ryanair flight that cost about $50 round trip. What we didn’t factor in was that the flight leaves from and flies to out-of-the-way airports. You could think if it as leaving from the Waukesha county airport instead of Mitchell Field. On a map that seems like it’s close enough and it seems like a good deal. Ninety euros later we arrived at Charleroi, the “other” Brussels airport by taxi since taking the train and bus was going to take hours. From there we were to fly to Bergamo outside of Milan, take the train to Milan and then catch a train to Bologna. This doesn’t even sound easy. In practice, it was REALLY complicated.

We arrived in Bergamo, early enough to catch an earlier train to Milan, which we did. And then we arrived in Milan early enough to catch an even earlier train to Bologna. We paid the 20 euro cost difference (for a total of 60 euros each) and went shrieking off to catch our train that was leaving in 47 seconds or something. Yeah, we got on the wrong train. It was a local and cost 15 euros. We arrived in Bologna more than an hour after we would have if we’d caught the original train.

Because were were going to be in transit for a lot of the day we stopped in the deli store in Charleroi to get a sandwich. First I inspected an odd package of something I couldn’t imagine anyone actually buying because it seemed unidentifiable but the package said “So French,” so, you know it had to be good. It was salmon and rice and something gray. I don’t like salmon under the best of circumstances, ranking it just above smoked salmon and well above anchovies but cold, in a convenience store, in the Brussels equivalent of the Timbuktu airport and in a foreign country. Really? I opted for the gouda sandwich. 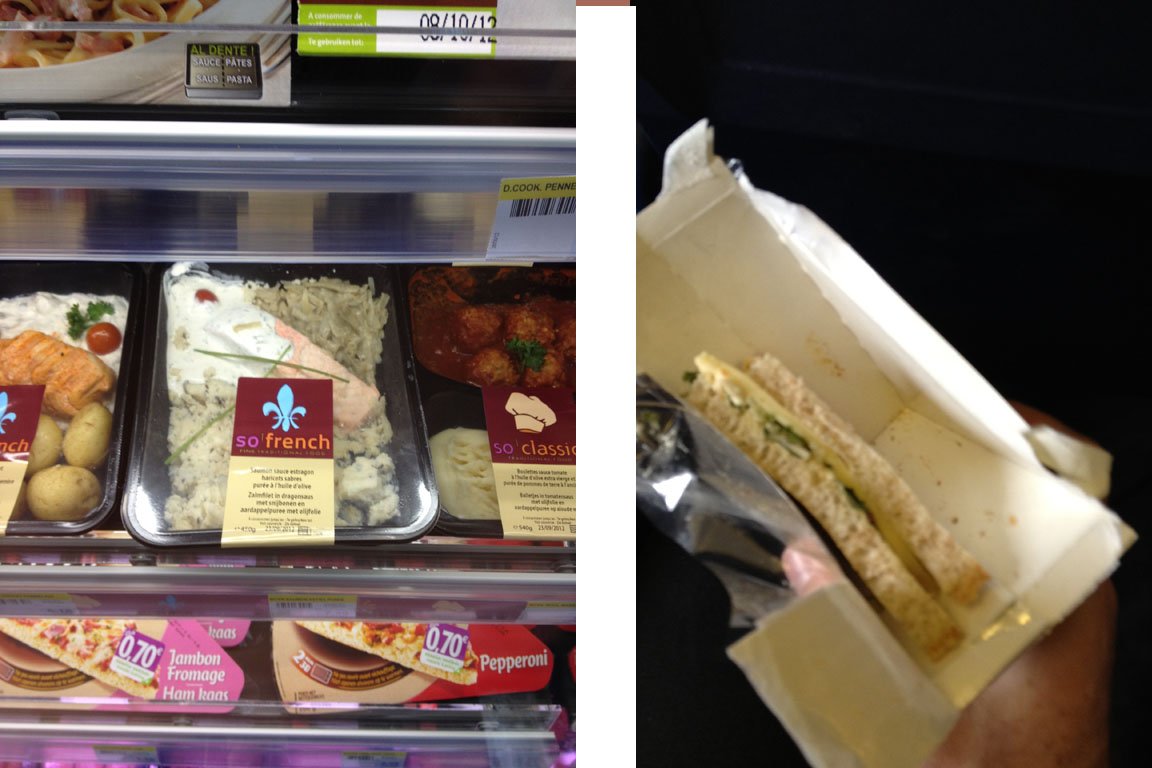