I am not the greatest lover of chocolate, I mean, it’s fine. I eat and enjoy it but my 6 year old nephew does not like it at all. He won’t even eat it. So for Easter I gave him a bag of jelly beans which is something he likes but it doesn’t have the cute quotient that a chocolate bunny has. In further discussions about his candy preferences it turns out that his favorite candy is, hands down, Sour Patch Kids.

Curiously, since I would have to say that my favorite candy is Twizzlers, followed closely by Drops. (Or is it Dots?) I am only vaguely aware of Sour Patch Kids and after his assertion that they are the gold standard of all candy I had to go get some.

Let’s just say his palate needs some maturing. (This is a joke. I am well aware that anyone who claims Twizzlers as a favorite candy can hardly cast side eye at Sour Patch Kids). 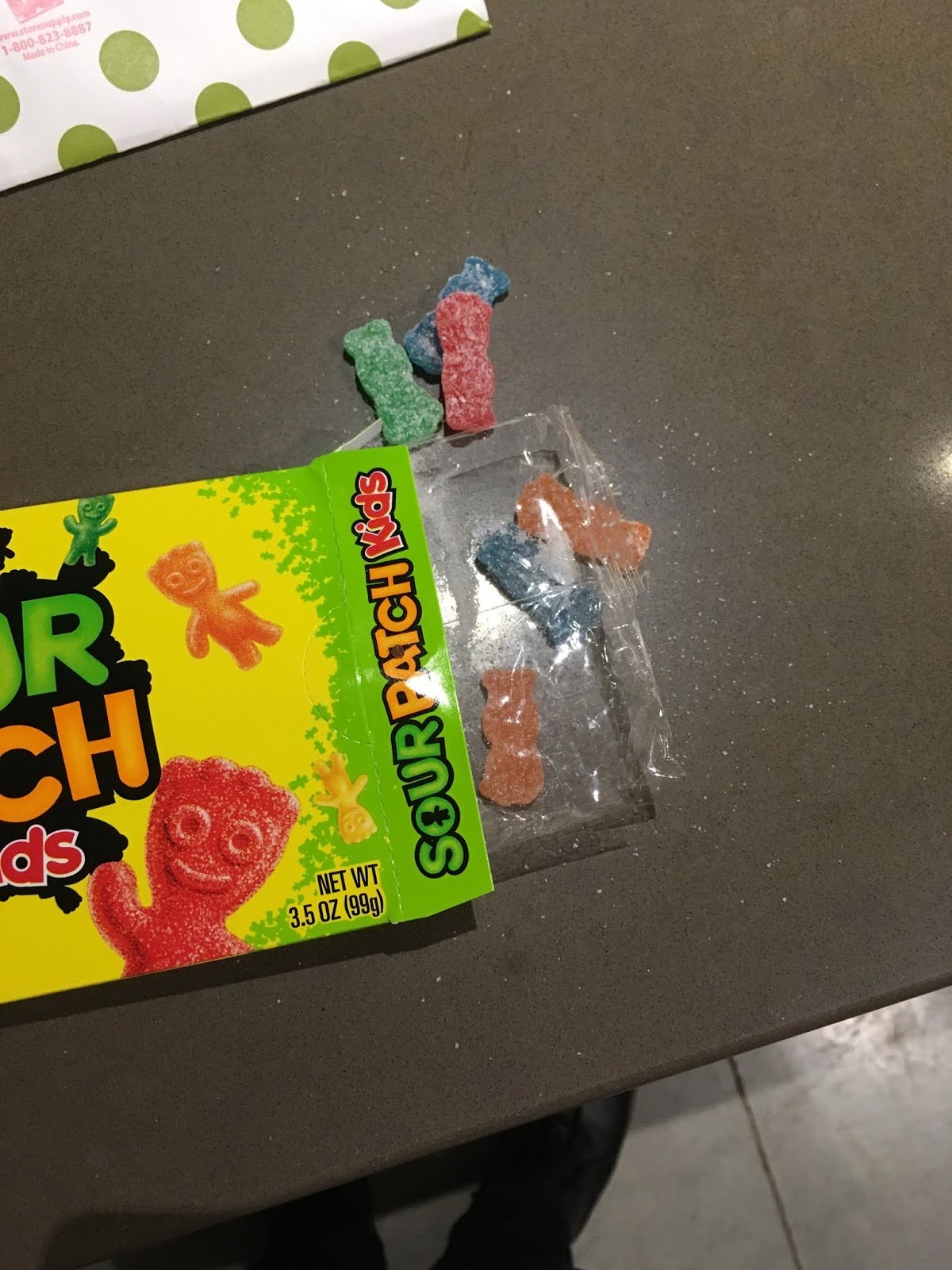