If you immediately guessed napkin dumplings when you saw this picture you’re probably in a mental institution or should be, but you’d be right. These exquisite Bohemian delights, servietteknodel or napkin noodles, were just right straight out of this world. Recipe here although I am not really sure if it’s the real recipe for the ones I ate in Prague, but, well, close enough. These were the best thing I’ve eaten so far this vacation. Seriously. They may actually be in my top ten of all time.

Rye bread dumplings with mushroom ragout, oh my god. Of course they reminded me vaguely of stuffing and stuffing is truthfully a nearly perfect foodstuff. When my great-aunt Julie died (she was Czechoslovakian since, at the time, there was a Czechoslovakia) they served these dumplings at the luncheon after her funeral. The experience was scalded into my brain then and I’ve been on the lookout for them ever since. And I’ve sampled (and made) a whole hell of a lot of them in the intervening years. There are many kinds of dumplings in the Bohemian/Polish/Germanic culinary world, I’ve sampled many if not all of them as one can probably tell by my physique, none compare to these. 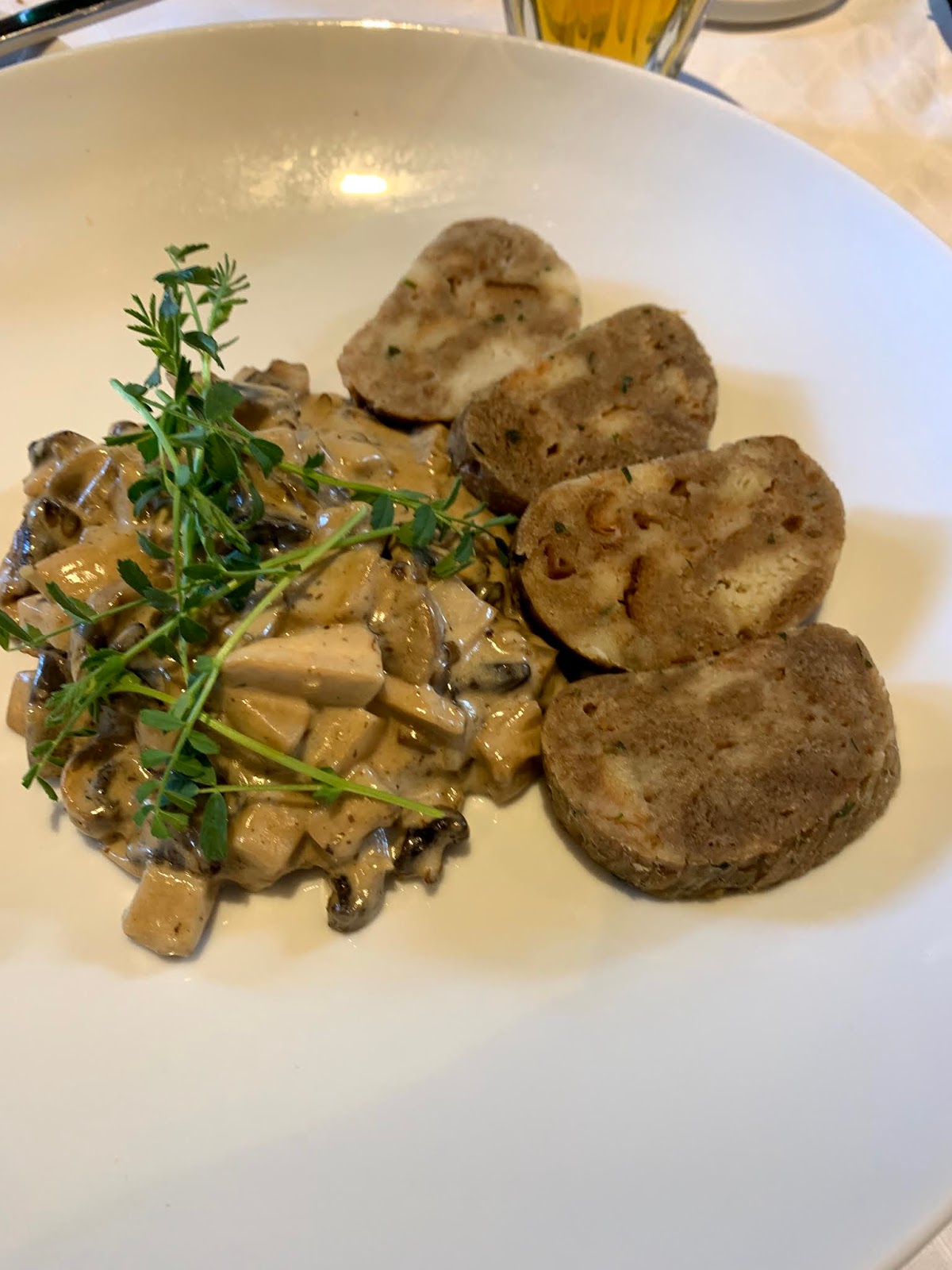