Last winter when I finished a bunch of celery (I seem to use a lot of celery although I don’t talk about it much), I put the remaining inner core of it into a glass of water which rooted and I successfully planted into my garden in the spring. The individual stalks are pretty thin but they have great flavor and I can just waltz out into the garden and pick what I need. As an added bonus, the squirrels don’t eat it. Obviously then, they are not drinking bloody Marys.

Also this: First attested in English in 1664, the word “celery” derives from the French céleri, in turn from Italian seleri, the plural of selero, which comes from Late Latin selinon,[6] the latinisation of the Ancient Greek: σέλινον, translit. selinon, “celery”.[7][8] The earliest attested form of the word is the Mycenaean Greek se-ri-no, written in Linear B syllabic script.[9] 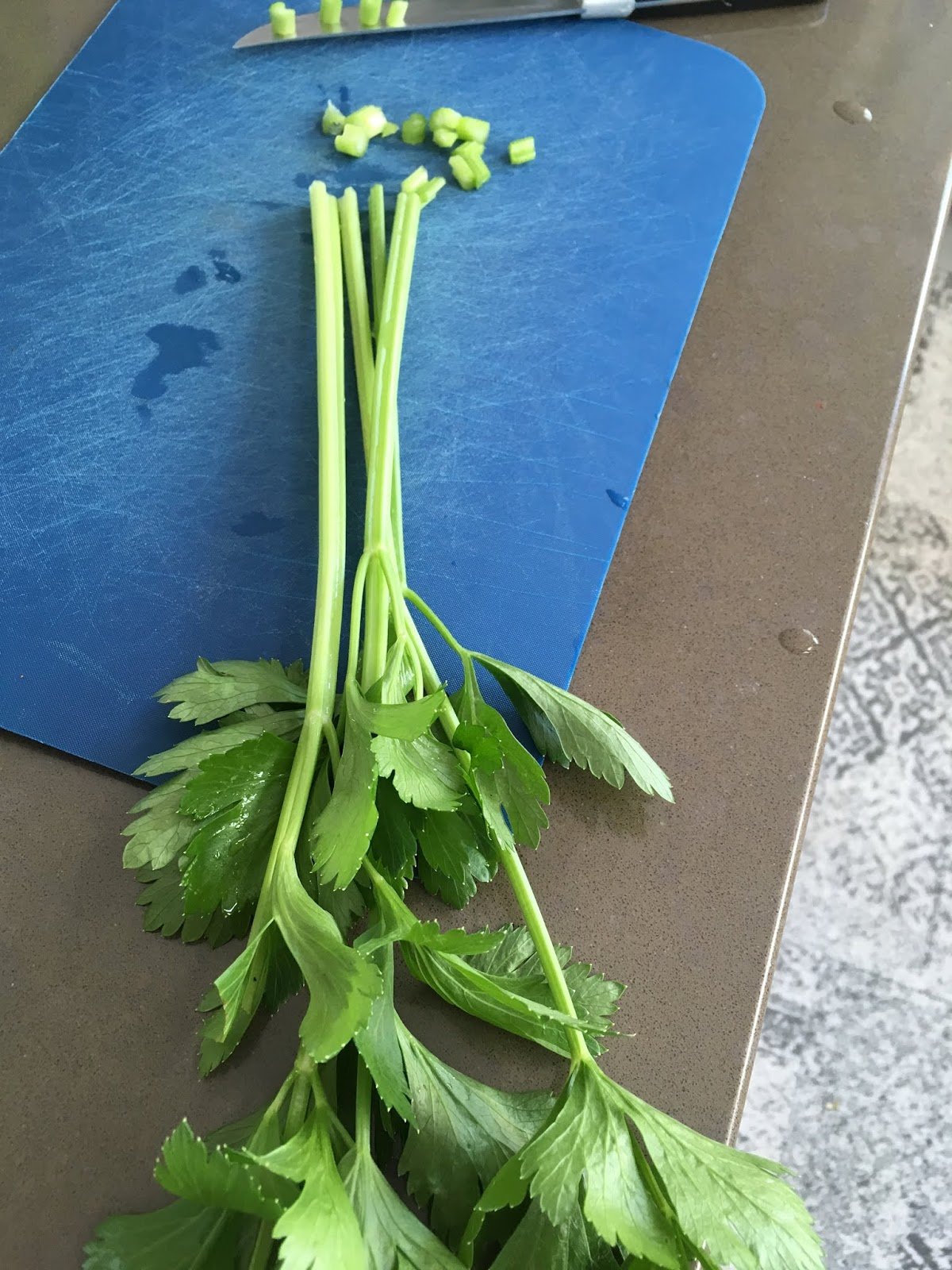