I was pretty unclear on how much of this shit I was making. I was sick (YET AGAIN!!!!!!!!) and knew that I could get this done by throwing it in a pot (in this case an Instant one) and leave it unattended and be able to eat it relatively soon.

How was I supposed to know I was making 50 gallons of it? Split pea soup and soda crackers seemed like the perfect thing to have when you’re feeling under the weather. Once or twice, OK, but then later, feeling somewhat better, I needed to change it up. I mean, really.

I made rice. Here again, unmindful of what quantity I was dealing with I made enough to serve a small army, say, a royal mounted one. I like rice, but on a blandness scale of one to ten it’s pretty much an eleven. Pair that with pea soup which to be fair, in this particular instance, was just peas and water, and after the one serving I was sound asleep face down in it.

So then I tried a bowl with Frank’s hot sauce and no, that flavor profile, whatever the hell I mean by that, was just not making it. And later, still burdened with an enormous amount of it, at the suggestion of a certain, uniformed, horse-riding and citation issuing flatfoot, I tried garam masala. After which I tried Vadovan curry. And then finding myself with still more, I used regular sweet curry. On the whole, while I like curry, the sweet curry tasted like pencil shavings to me. The garam masala was too cinnamon-y. I liked them enough but the Vadovan curry was rockin’ not that I’ll be having pea soup again anytime soon. 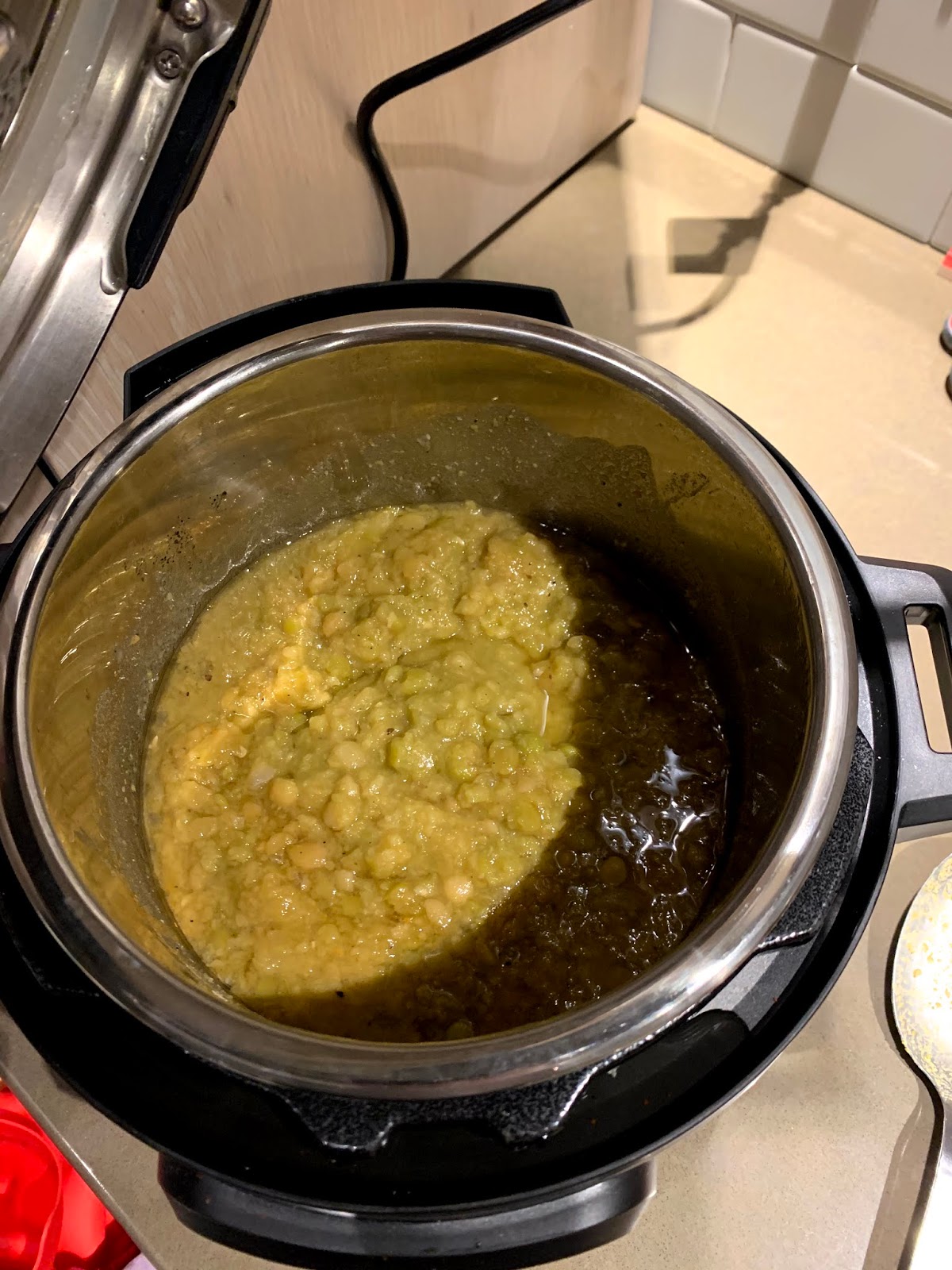 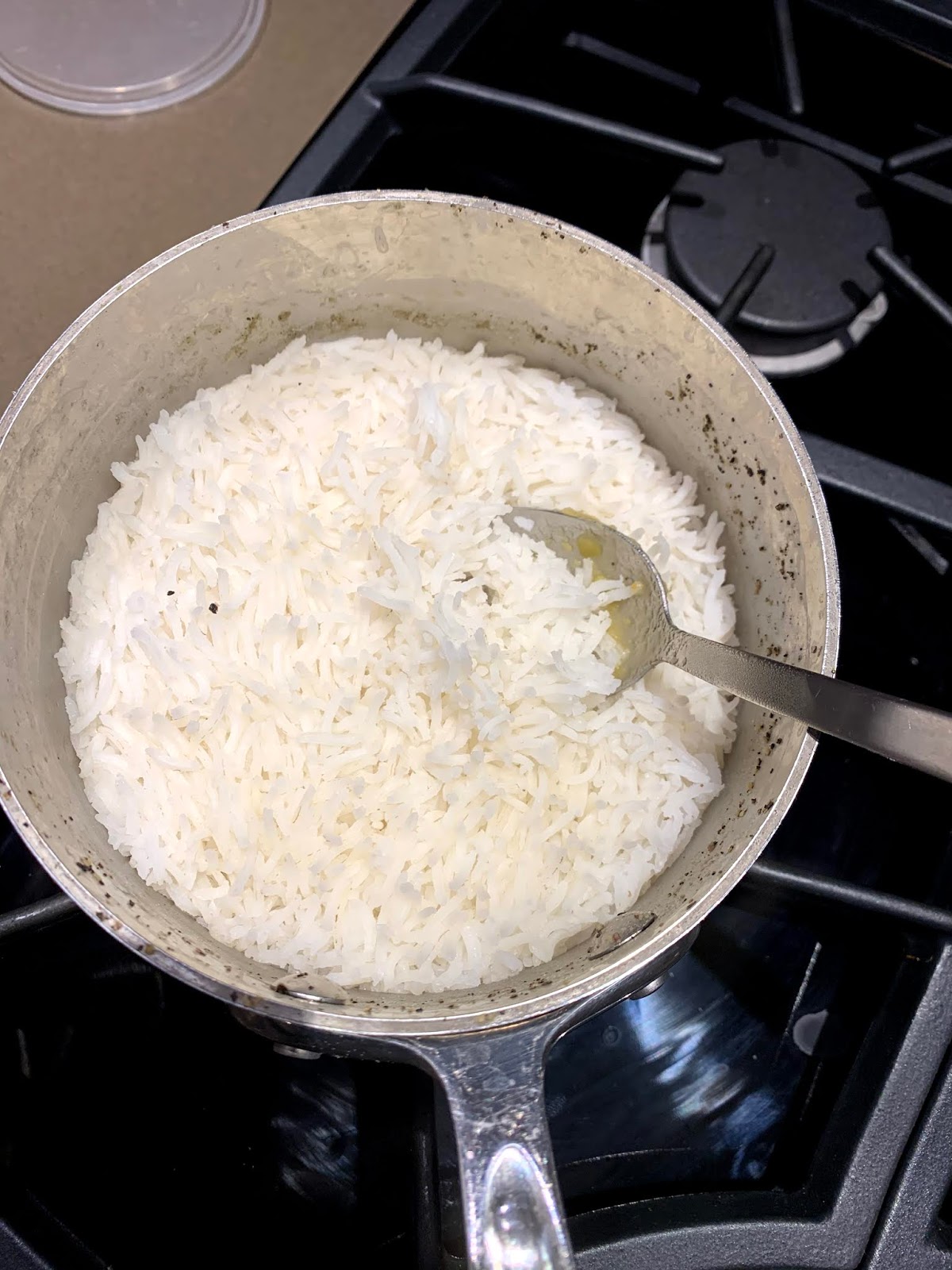 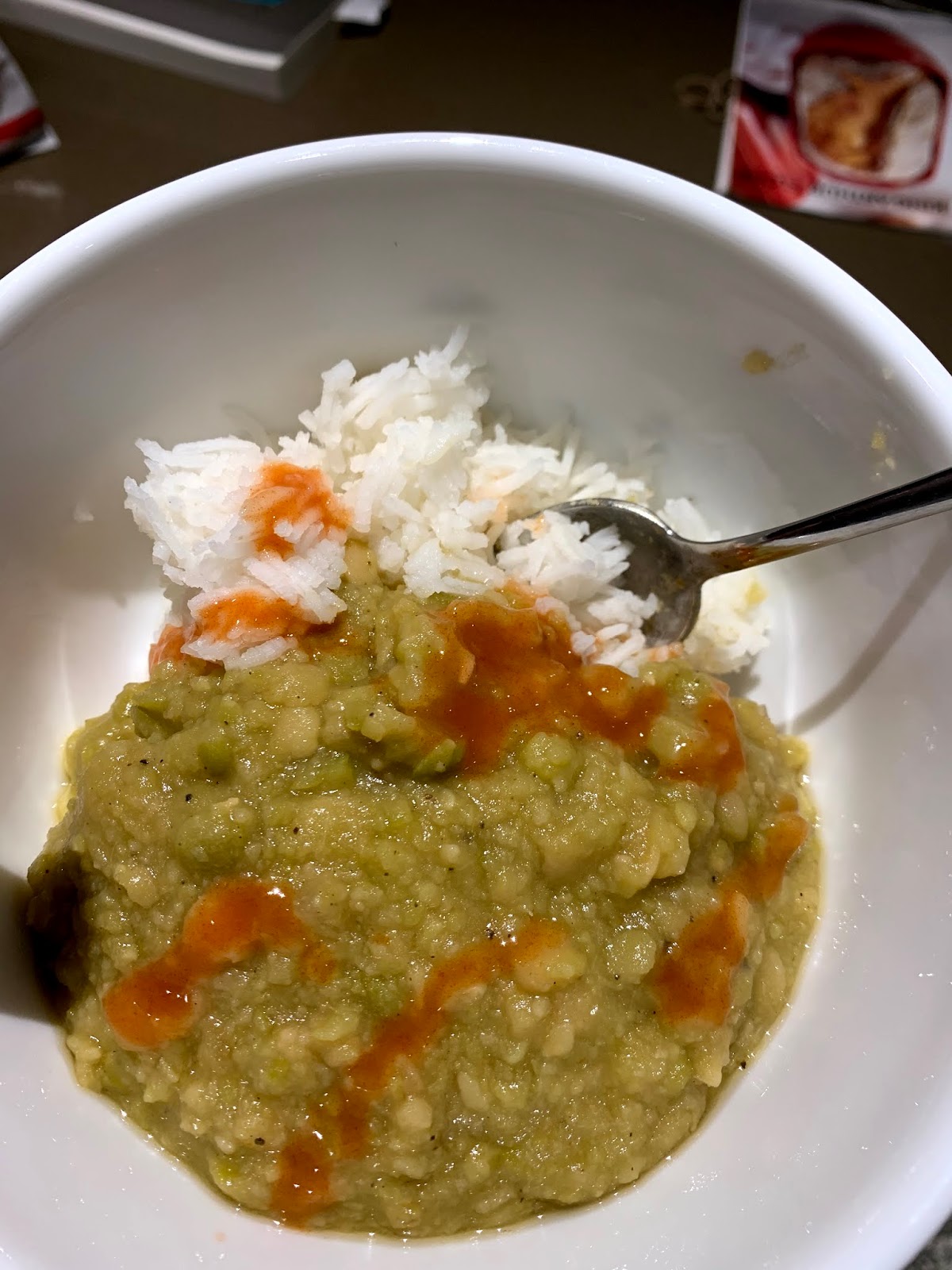 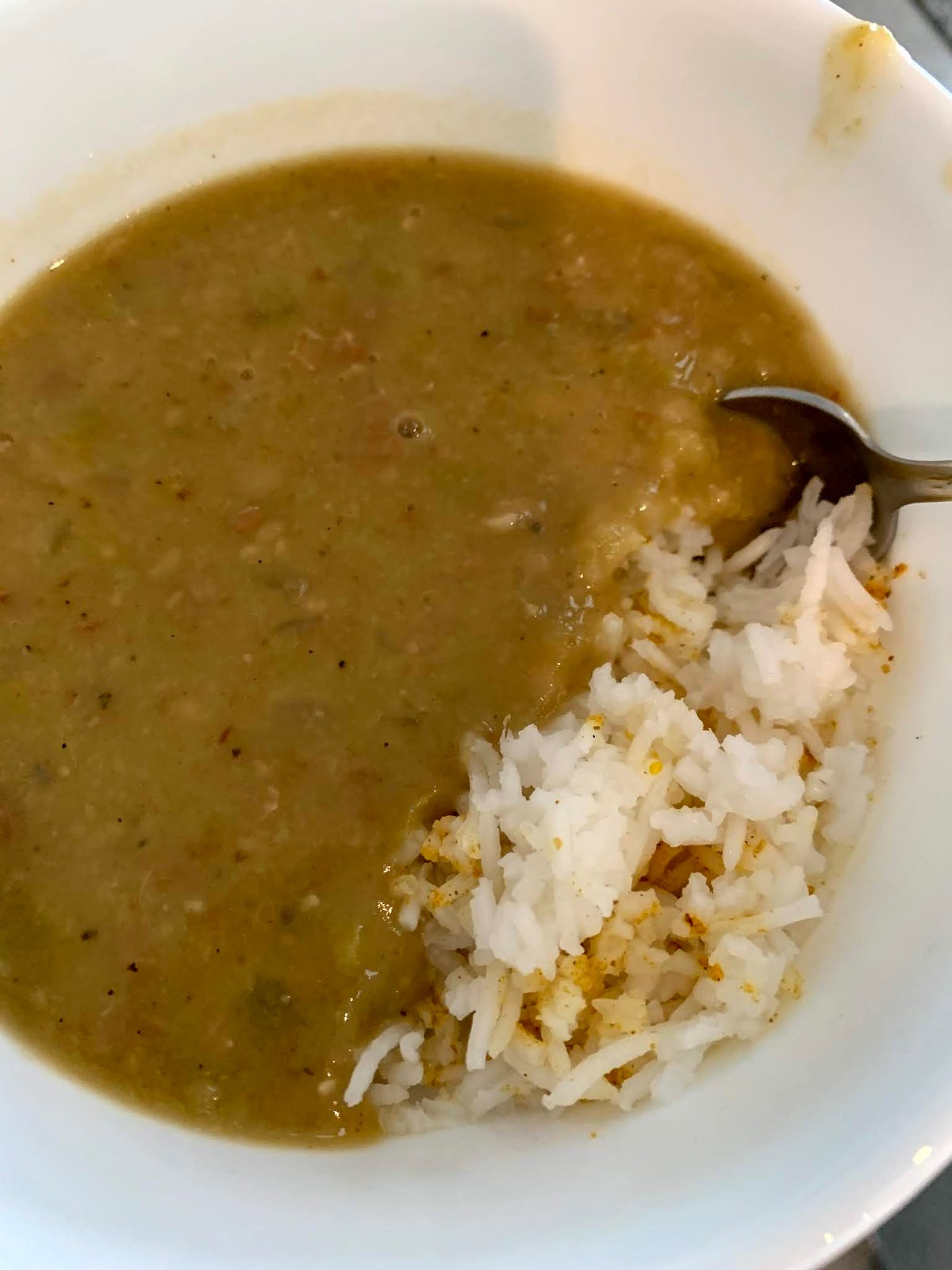 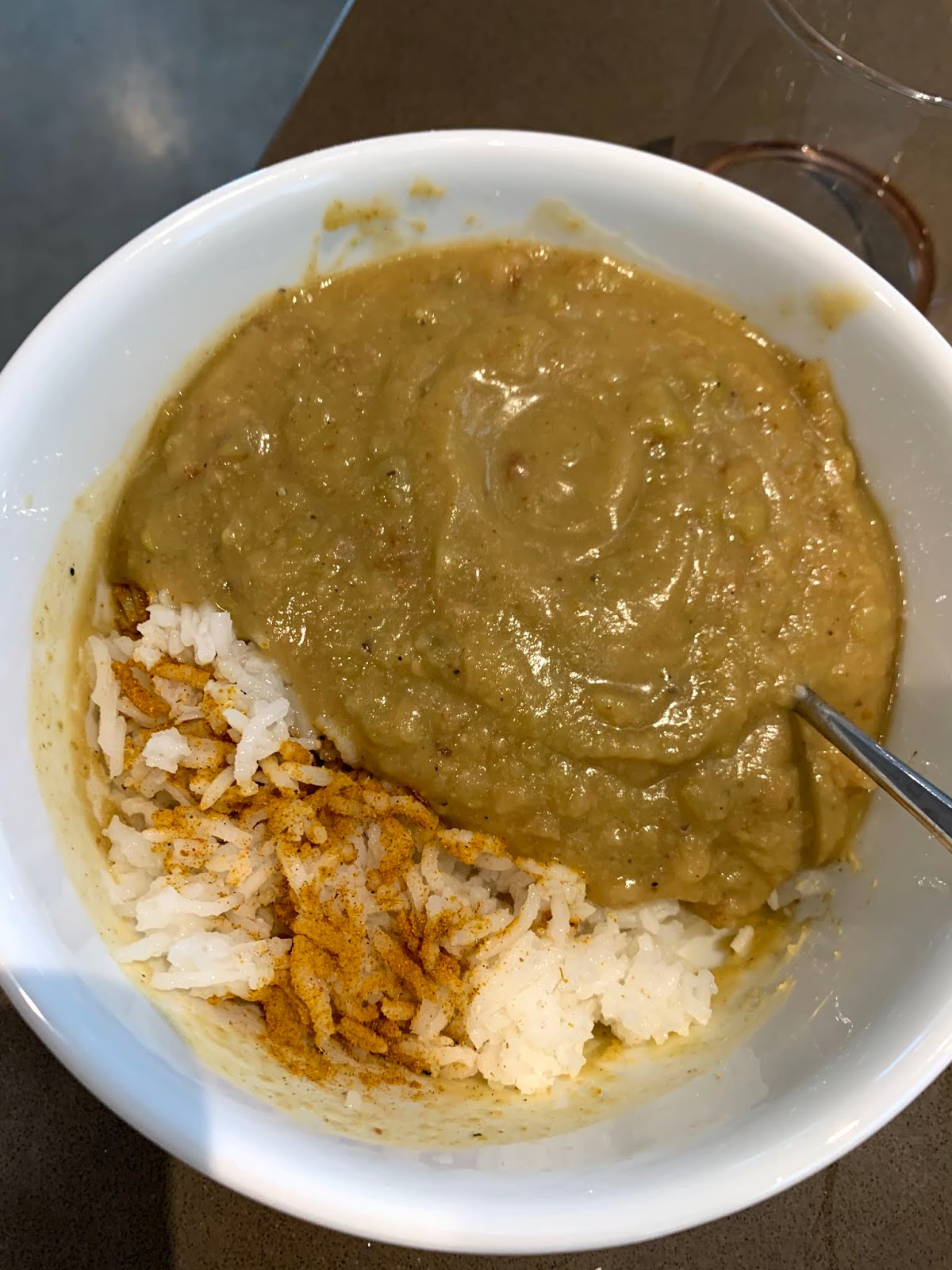 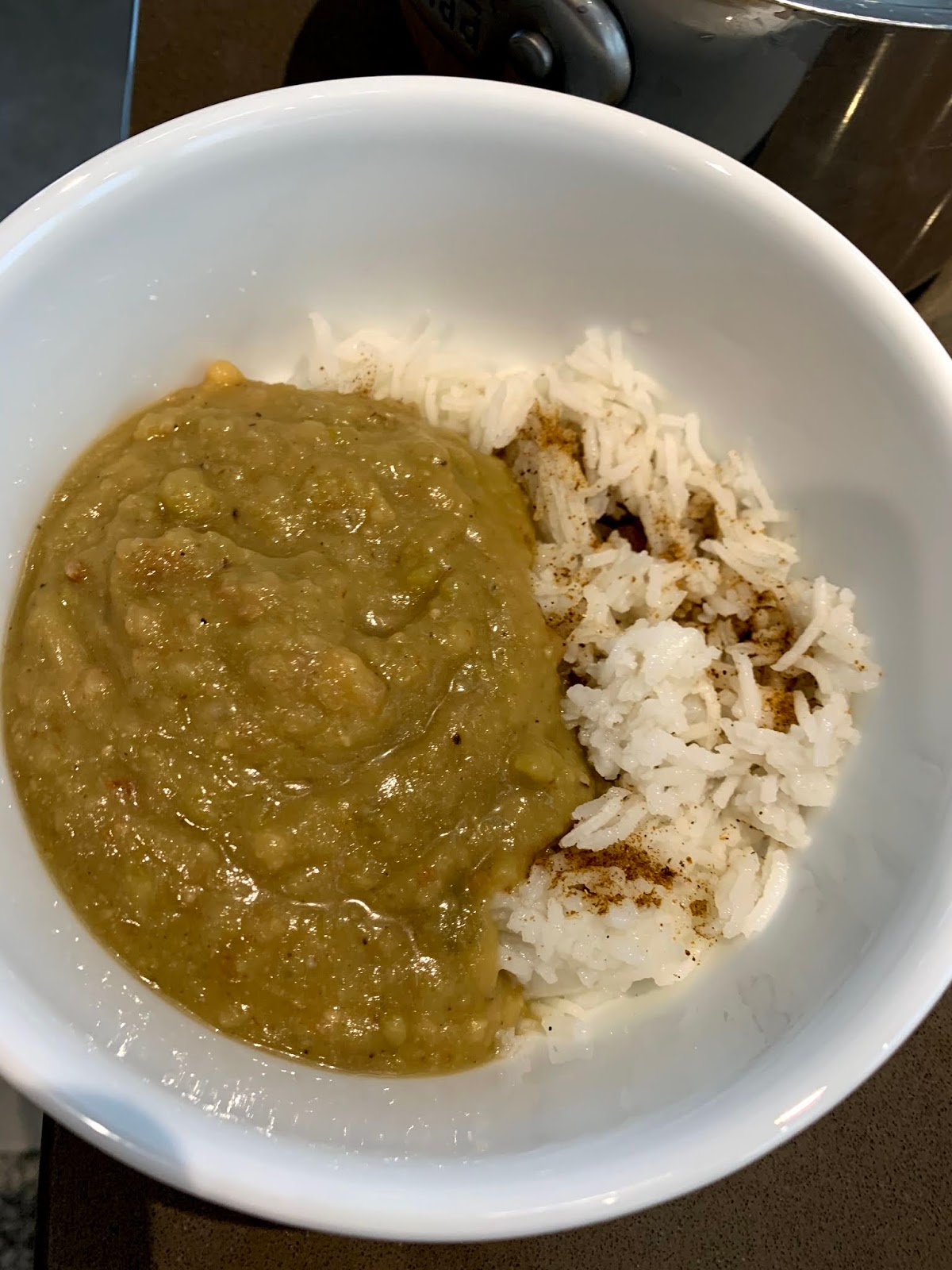