Many many many years ago the Oconomowoc Shopper, a weekly local newspaper and coupon extravaganza, featured my mother’s recipes. I recall thinking that she was famous. Mrs Patrick J Dillon in the newspaper. It carried 2 of my favorites, stew and curried beef—my personal favorite which I always asked for on my birthday—never mind that no Indian would ever curry beef. What did we know? I loved it. I also loved her stew and since trying times require comfort food, I decided to make it. The stew meat I bought was suspiciously unfatty. And I know my mom would have been using a fatty cheap cut of meat, most likely pot roast. She also would never have used mushrooms, much less fresh ones.

I followed her recipe otherwise. Yeah, no. The meat was all wrong. Tough as nails after an hour and a half. And it had a distinctly livery taste. I ate it but it was not comforting. And as far as being “delightfully different,” I have no idea what braintrust came up with that name, it should have been “Yeah, Same Ol’ Stew.”

As I recall, the best part was pouring the gravy over Wonder bread. I neglected to get the Wonder bread, though. I wish Wonder bread came in smaller packages. Of course, then I’d have to deal with that packaging issue. 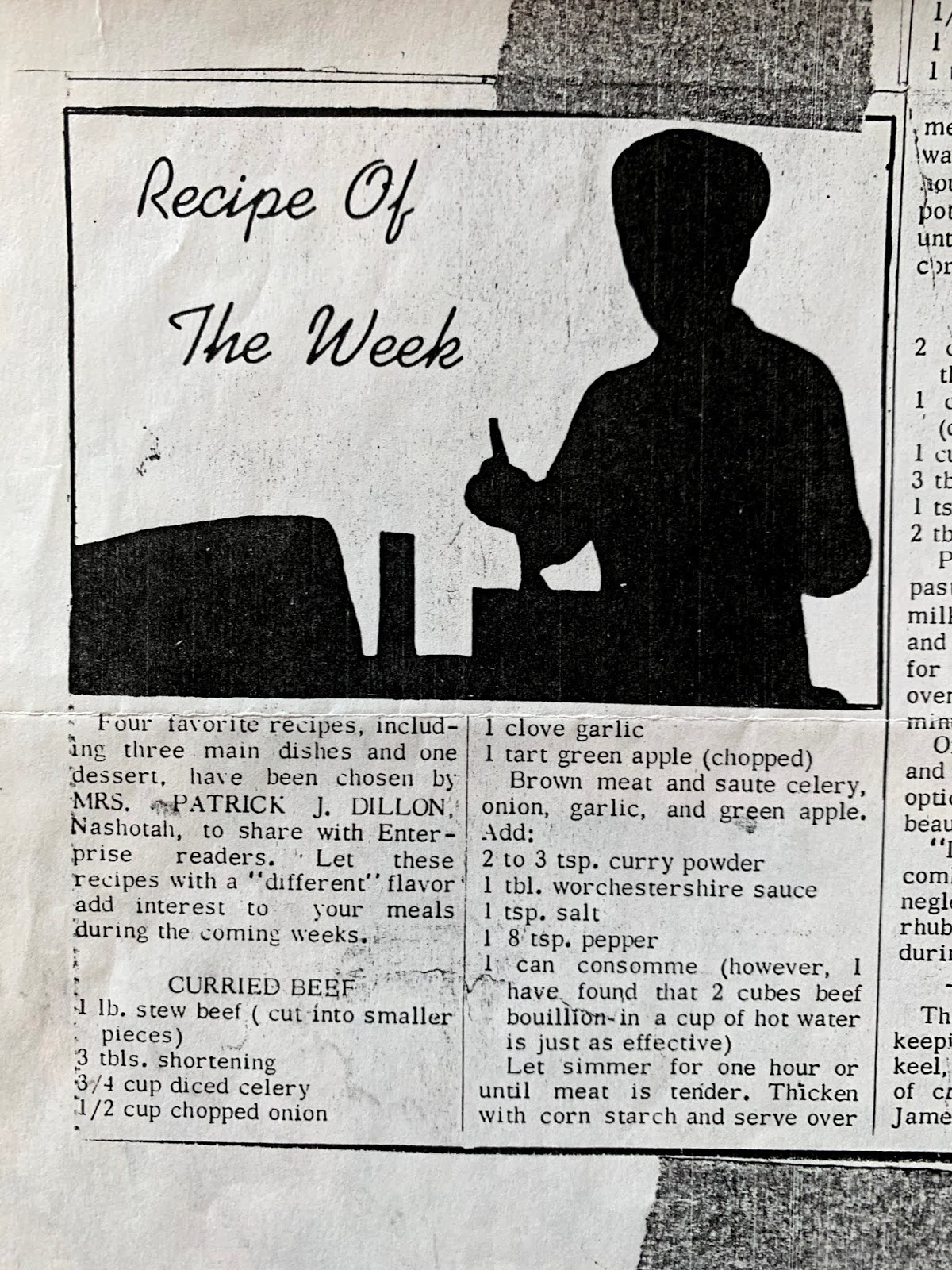 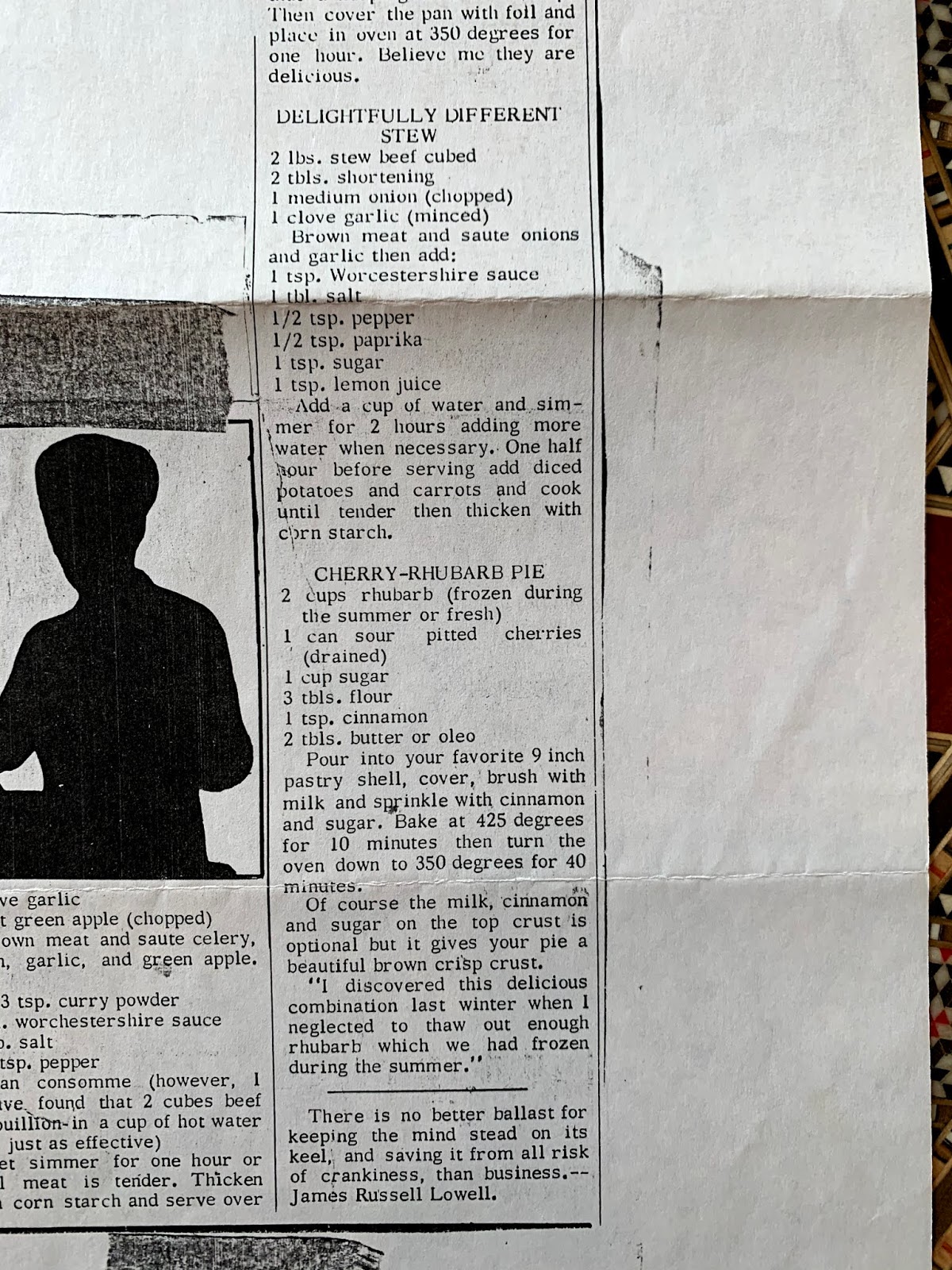 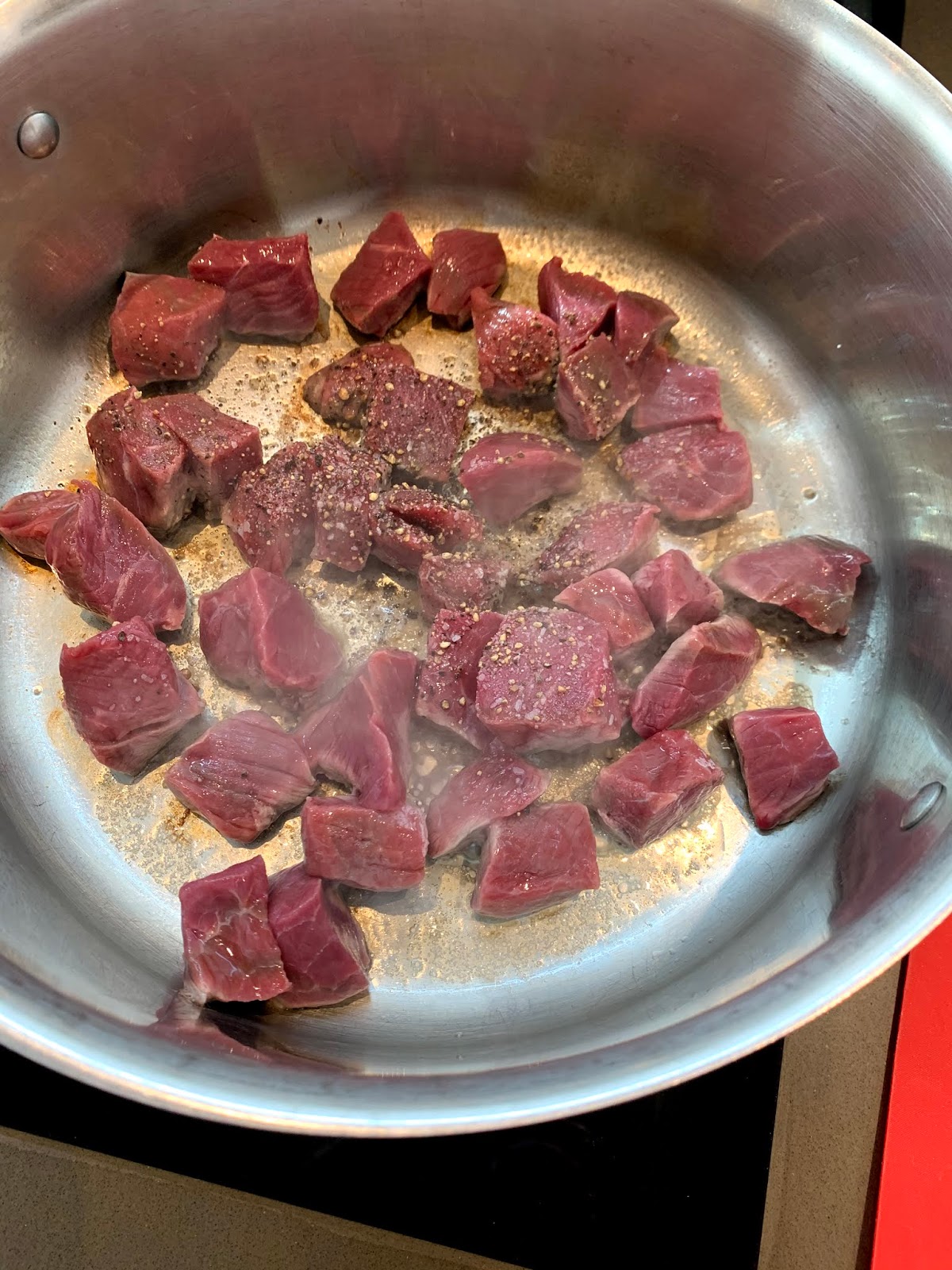 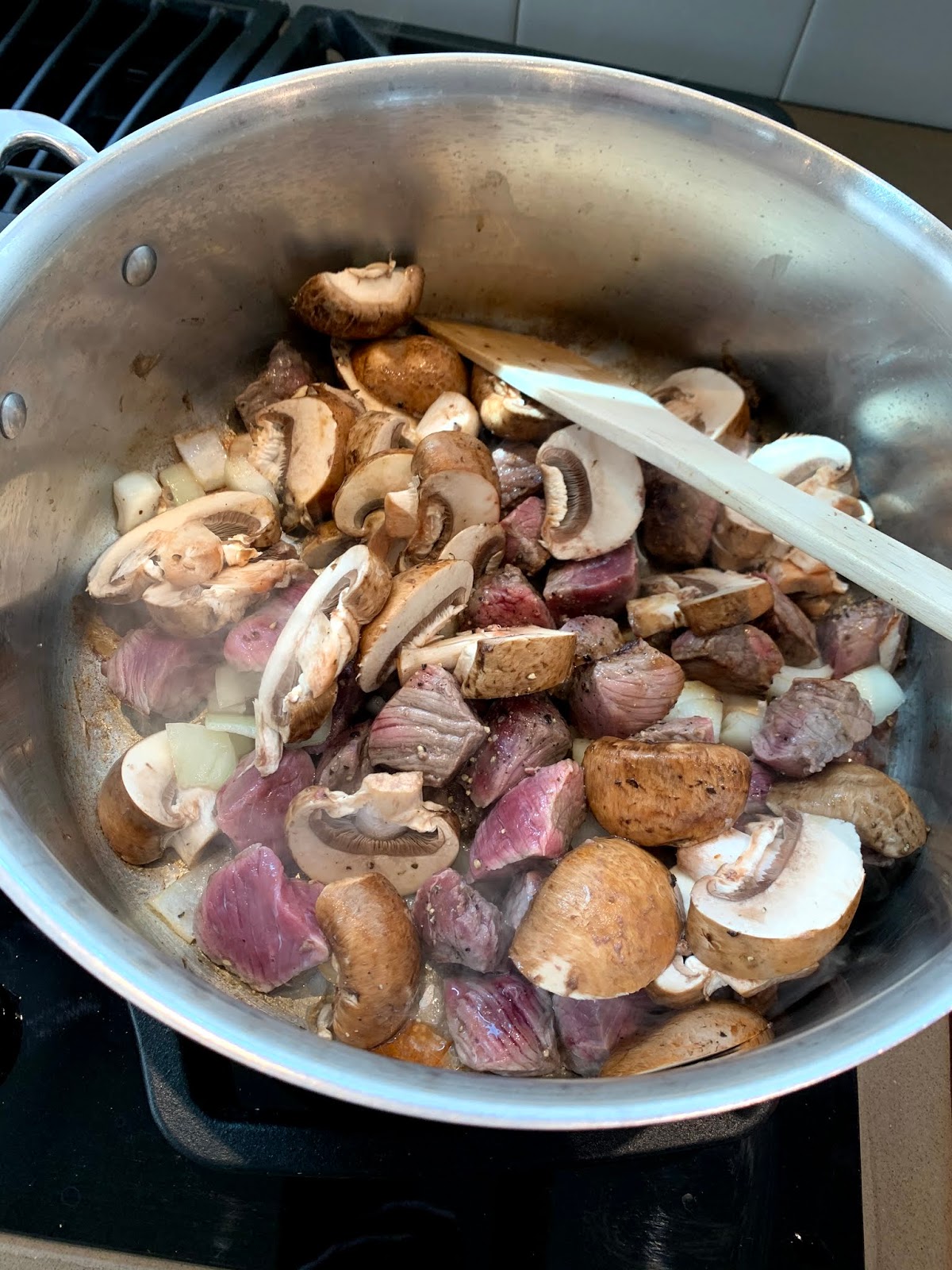 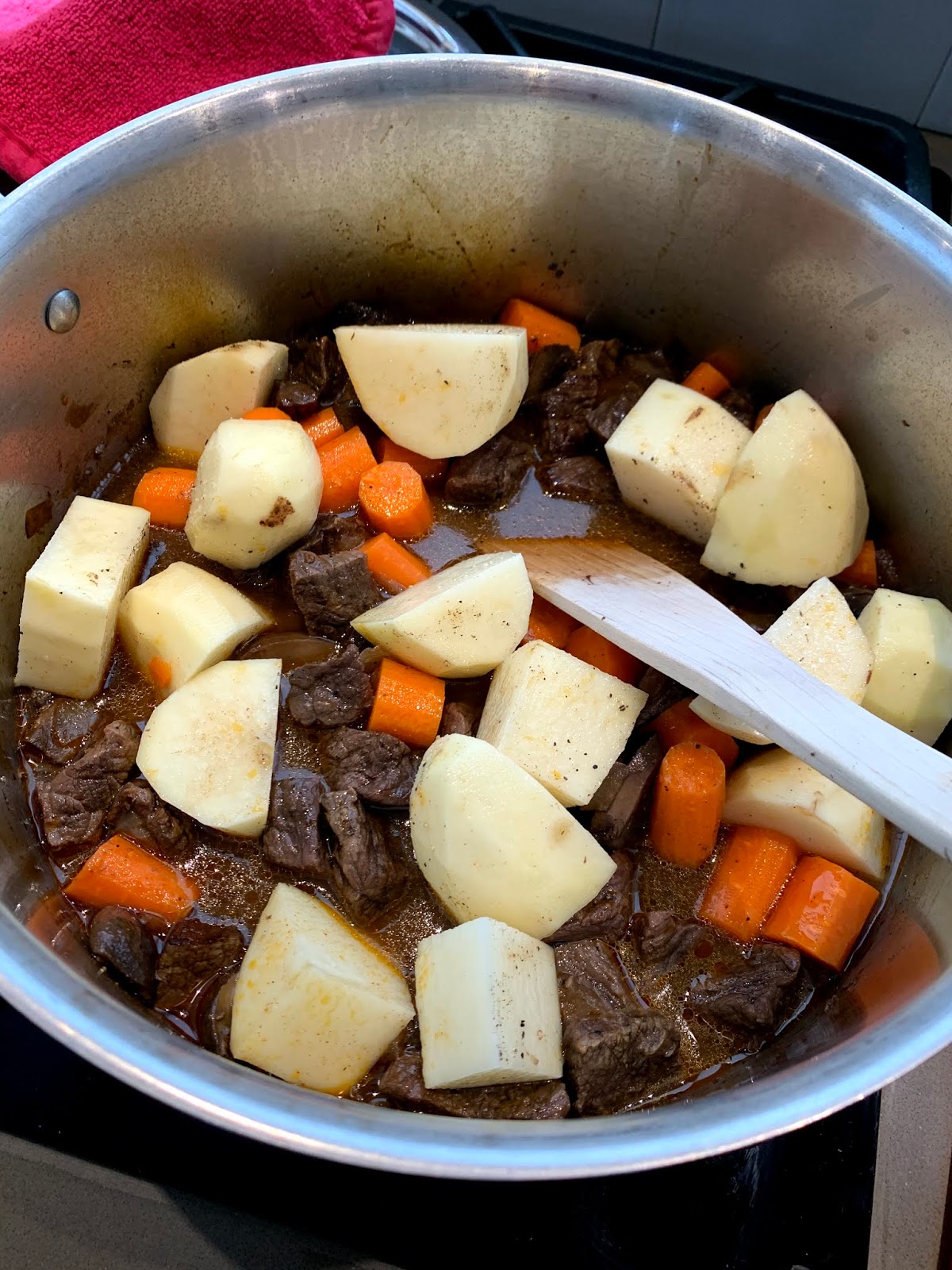 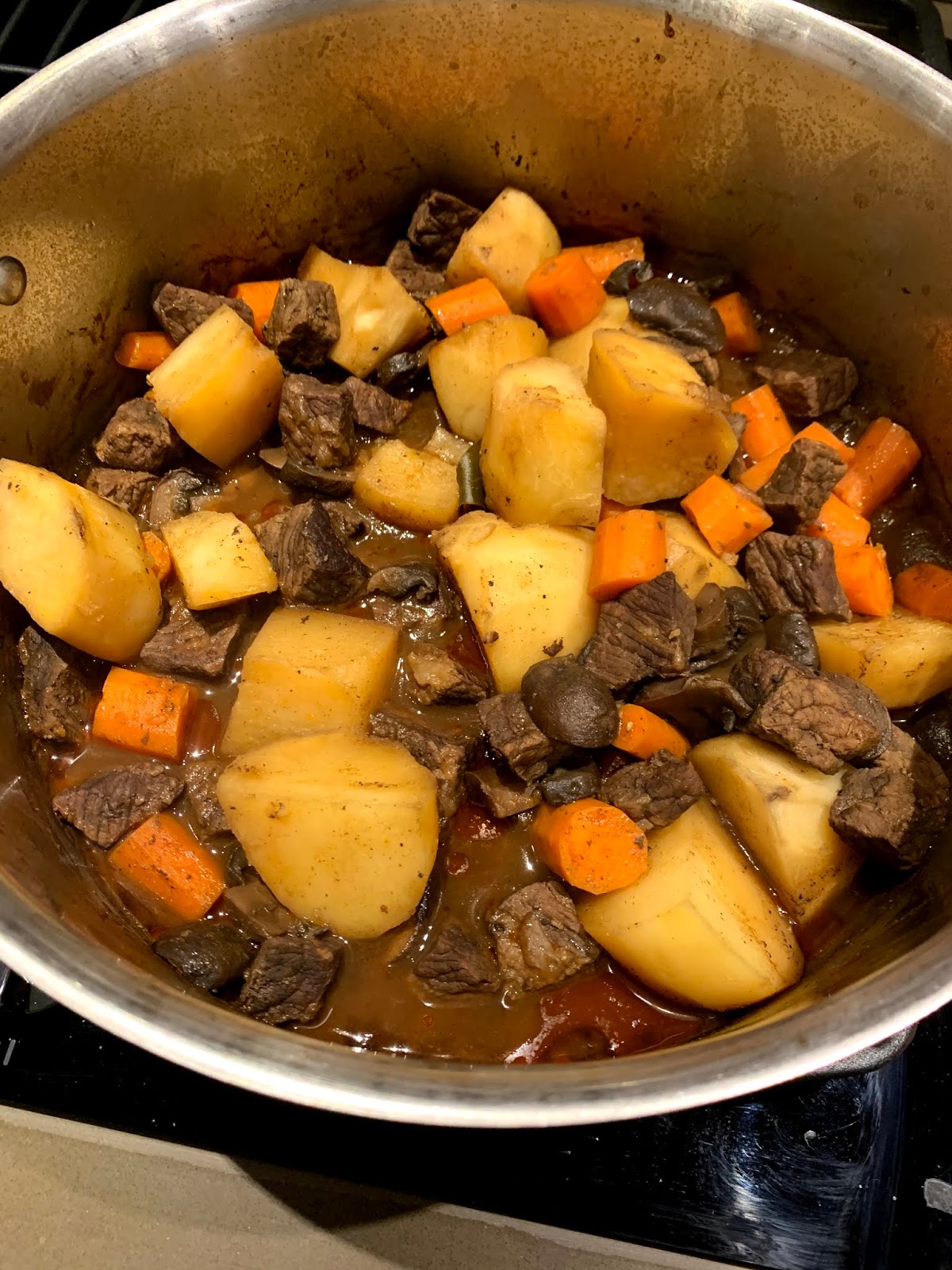 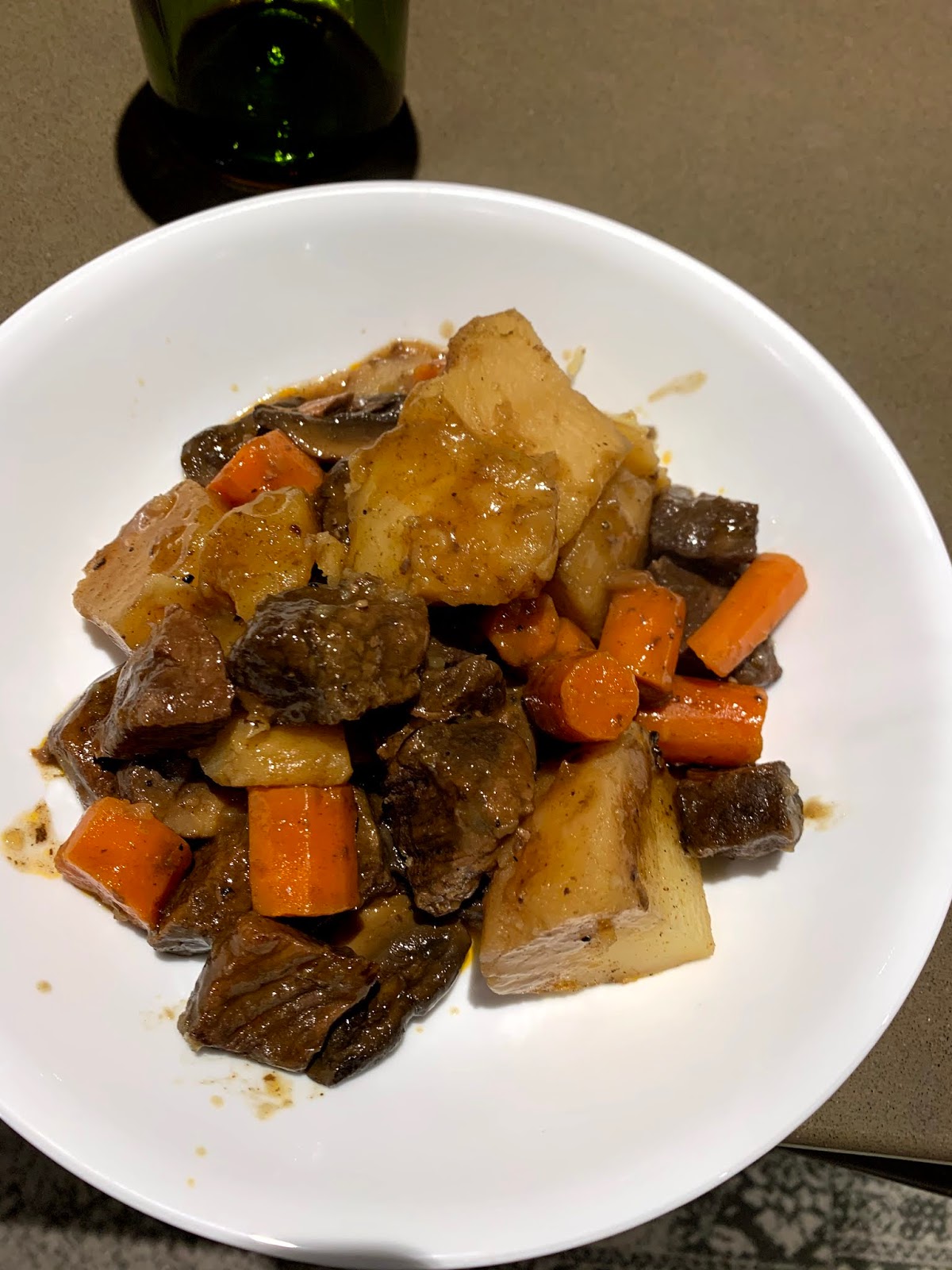