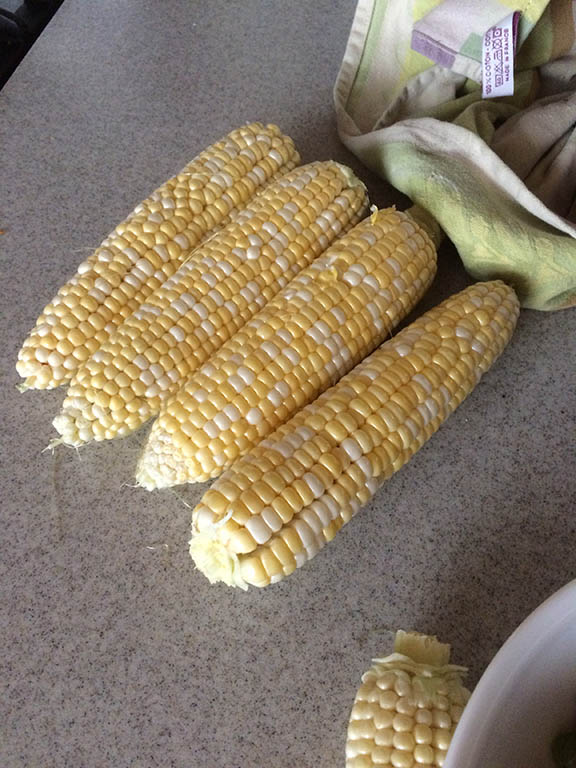 The farmer (right wing Christian gun nut) had corn for sale. His own—a lot of the farm stands around here sell produce they get from somewhere else. You can tell when they have the little plastic peelable tags on stuff. You can tell, too, when they’re selling nectarines. The Elegant Farmer sells other people’s produce. They used to sell their pick-your-own strawberries but that seems to be a thing of the past. I think they grow and sell pumpkins but that’s really a tourist thing rather than a farmer’s produce thing. They also sell Bibles and Christian books, tho, so that’s good.

This corn was still warm from the field. I was deeply suspicious since first corn, like first tomatoes, is often not the best. And this was very early corn but it was good. I can’t eat it all of it on the cob so I decided to make corn chowder.  A blog I follow, My Year with Chris Kimball, recently had a recipe (you can find it by clicking on the link) and it looked delicious. Plus I had just seen a technique to clean corn off the cob using a bundt pan that I had to try.

The chowder which uses bacon (too much in my opinion, but OK, a recipe’s a recipe) was really good. How can you go wrong with corn, butter, bacon and cream? But very rich. A small bowl was more than enough. 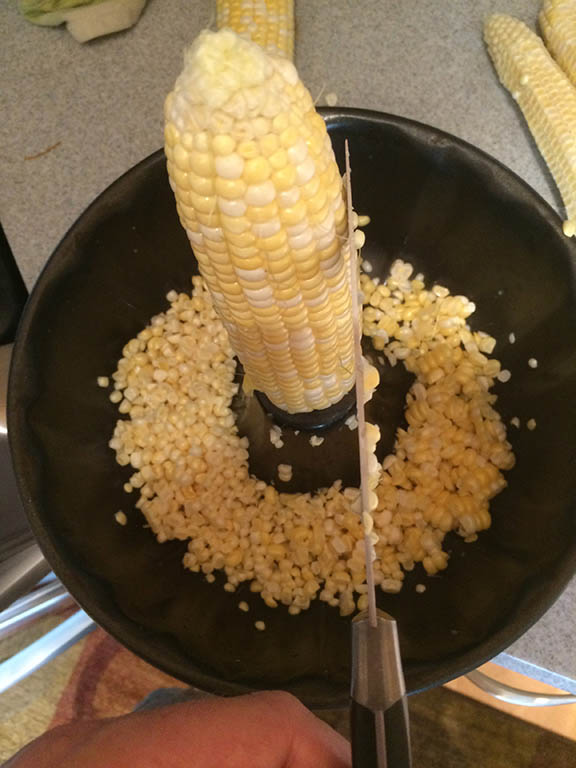 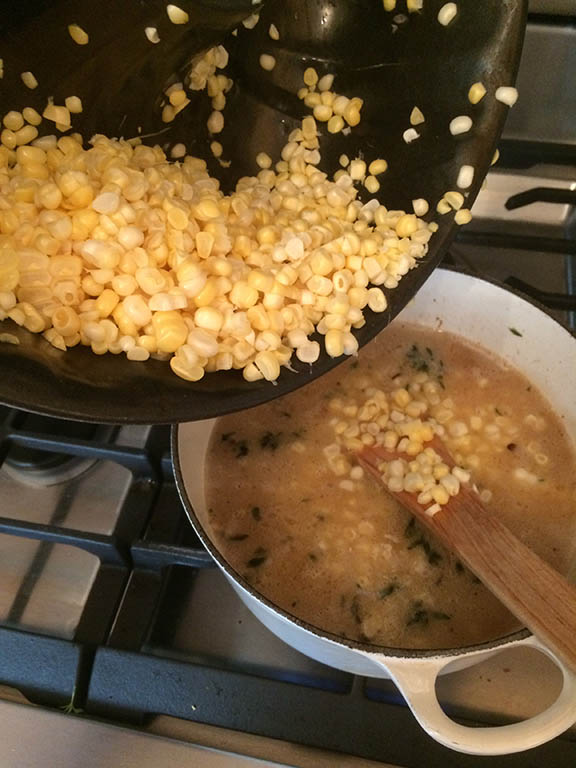 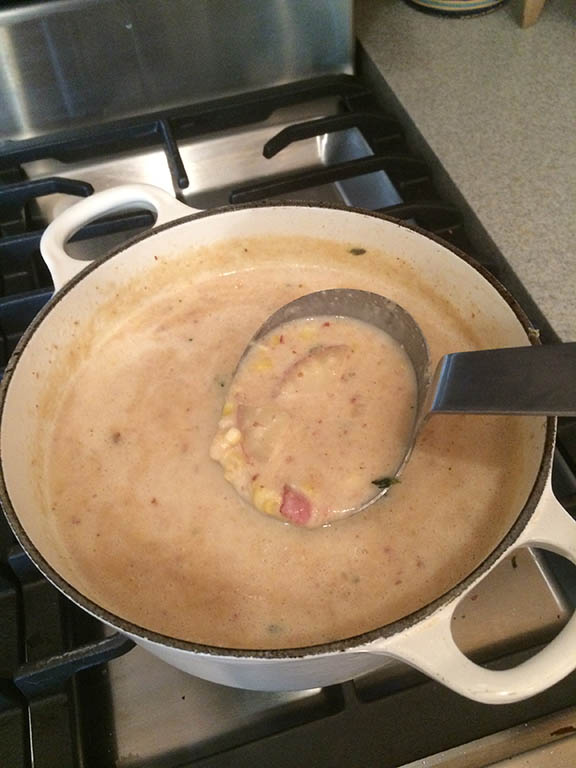