So I watched a YouTube. Ahahaha ha, I watched 5,279 YouTubes. It’s my new life in time of pandemic. Not that I mind it. There are soooo many things imma make sooner or later. This one was sooner. French fries but not deep fried exactly. Two cookings is a traditional French way to make them. These were, according to the guy who made them, made like British pub fries, sliced, boiled and then roasted at a high temperature. These look great. And they were sorta OK. No one complained, well, except for me.

I will make these again and not use olive oil. The YT (YouTube) guy said he likes the flavor of olive oil but then again he put paprika, cheese and I think cilantro on his and that has utterly no appeal for me. These were drenched in oil which he insisted you needed to do. I think these could have used a lot less oil and been a lot better. We’ll see next time. That looks frickin’ glorious, though, doesn’t it? 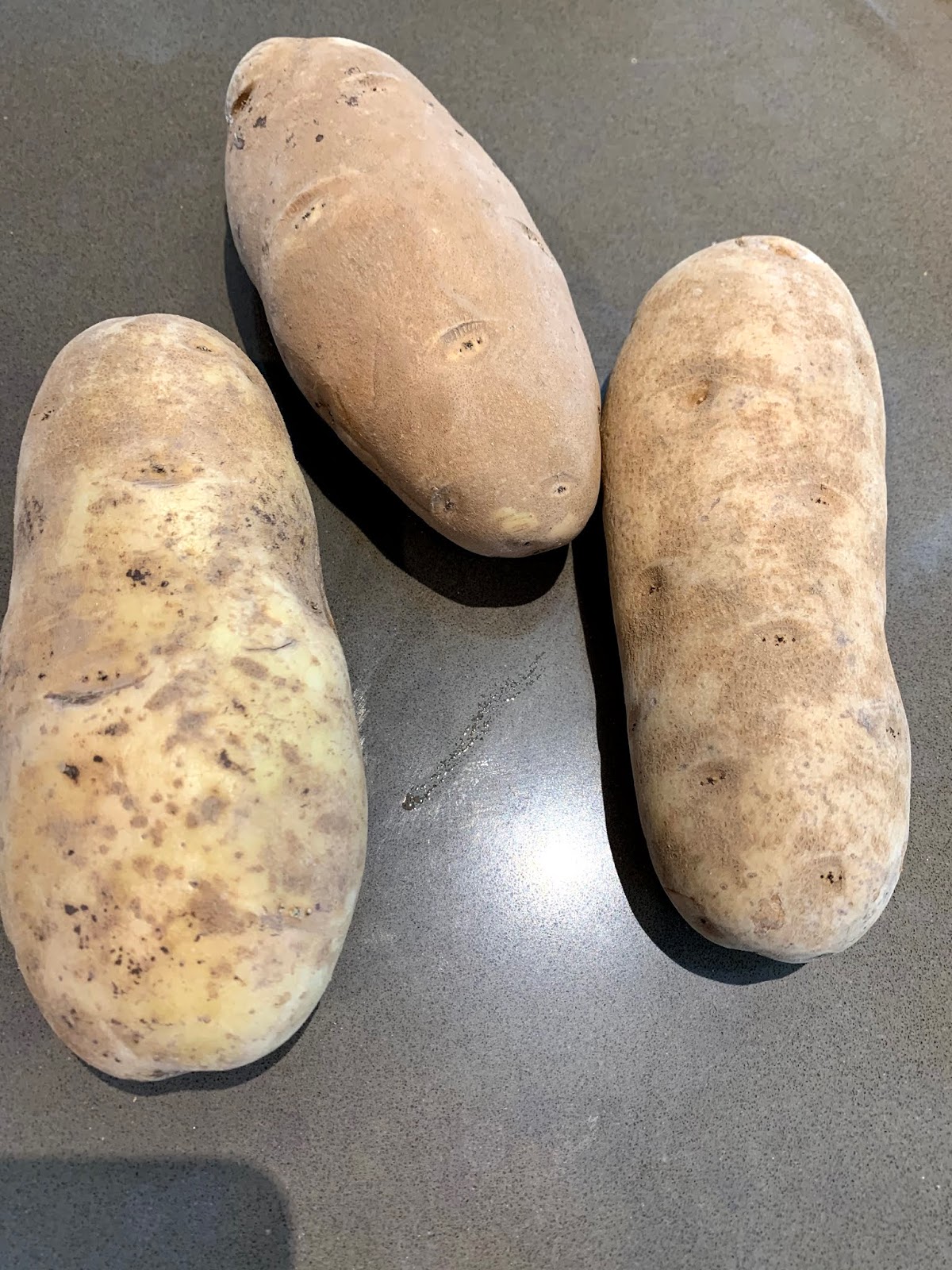 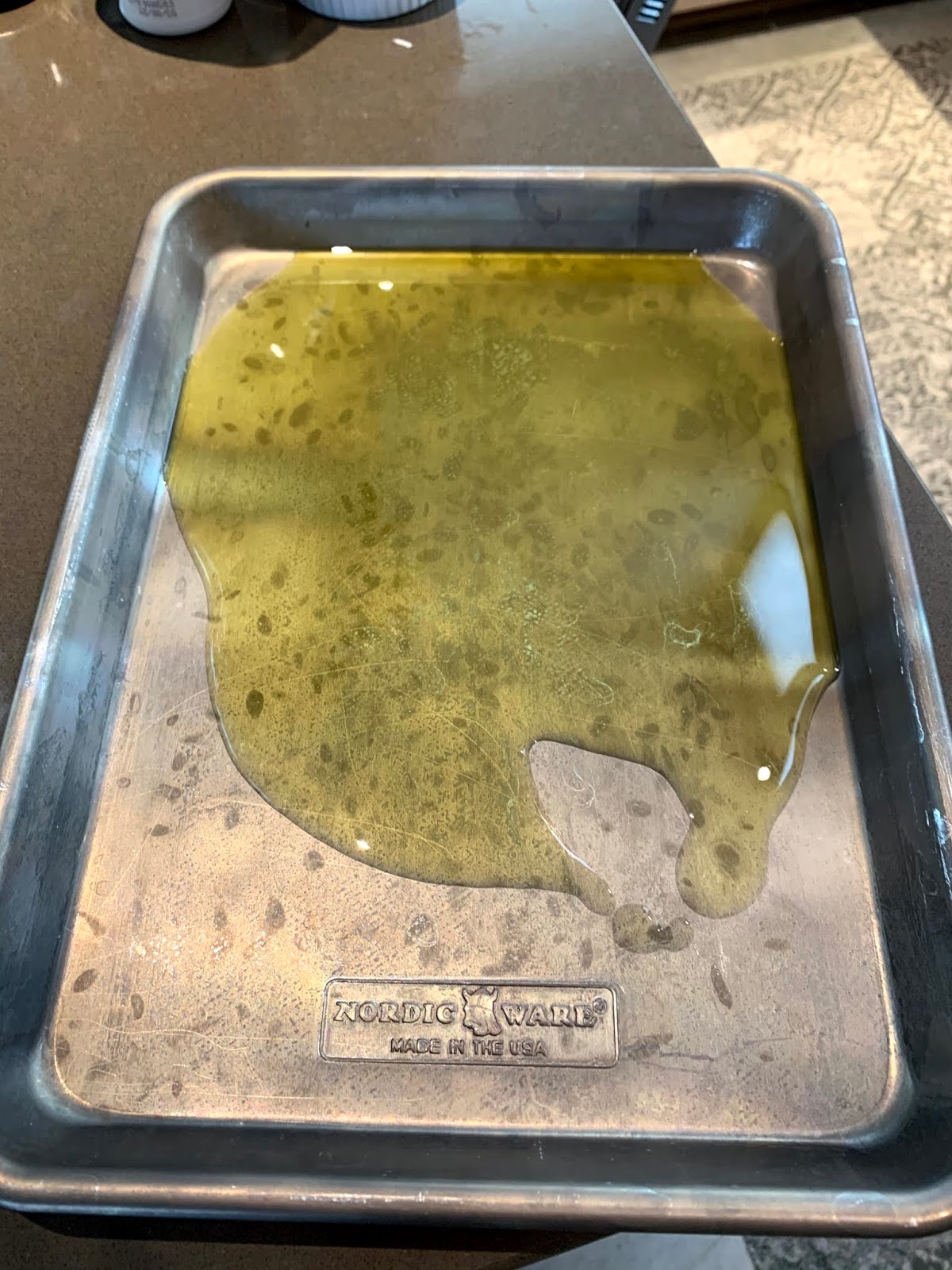 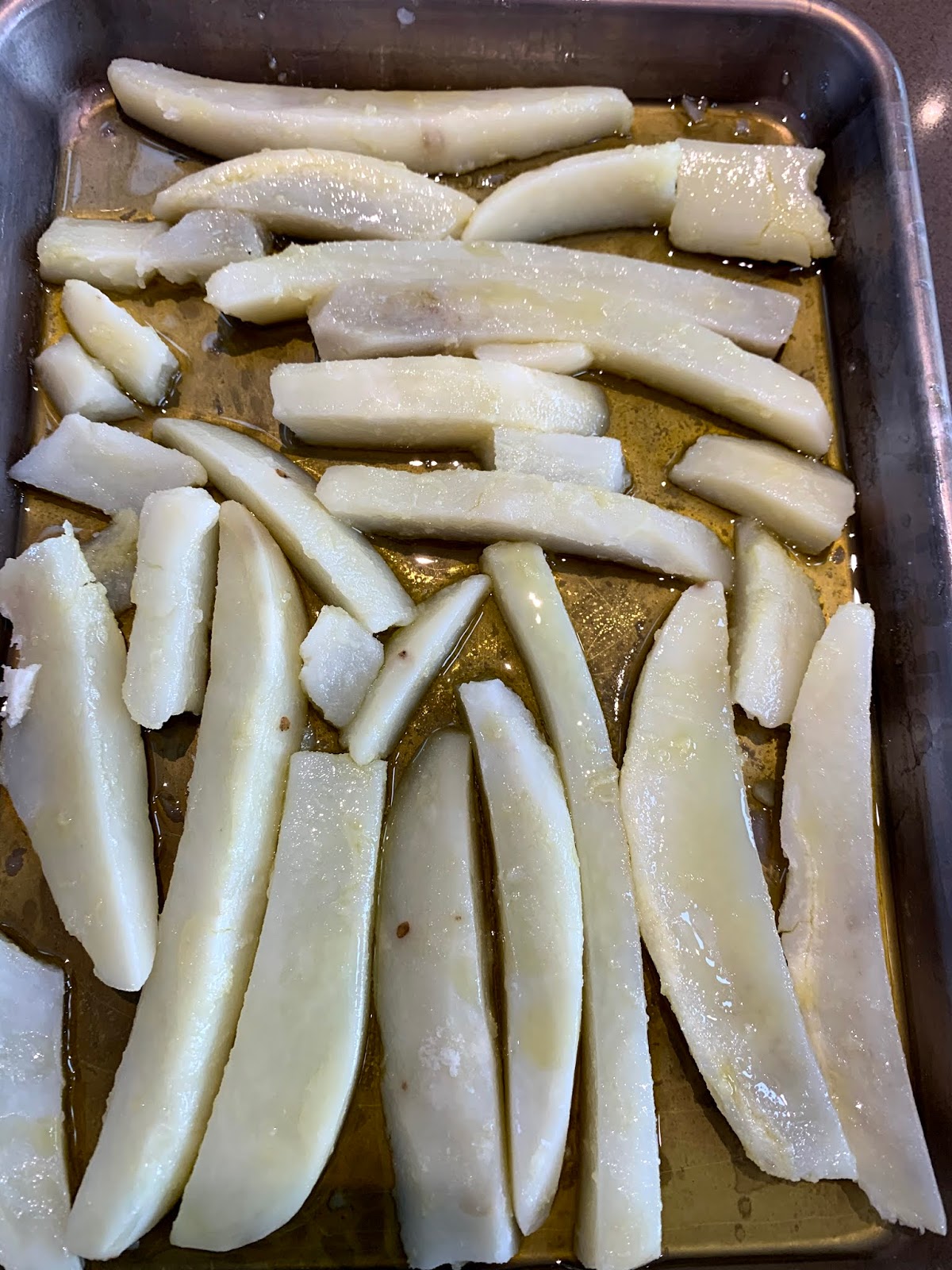 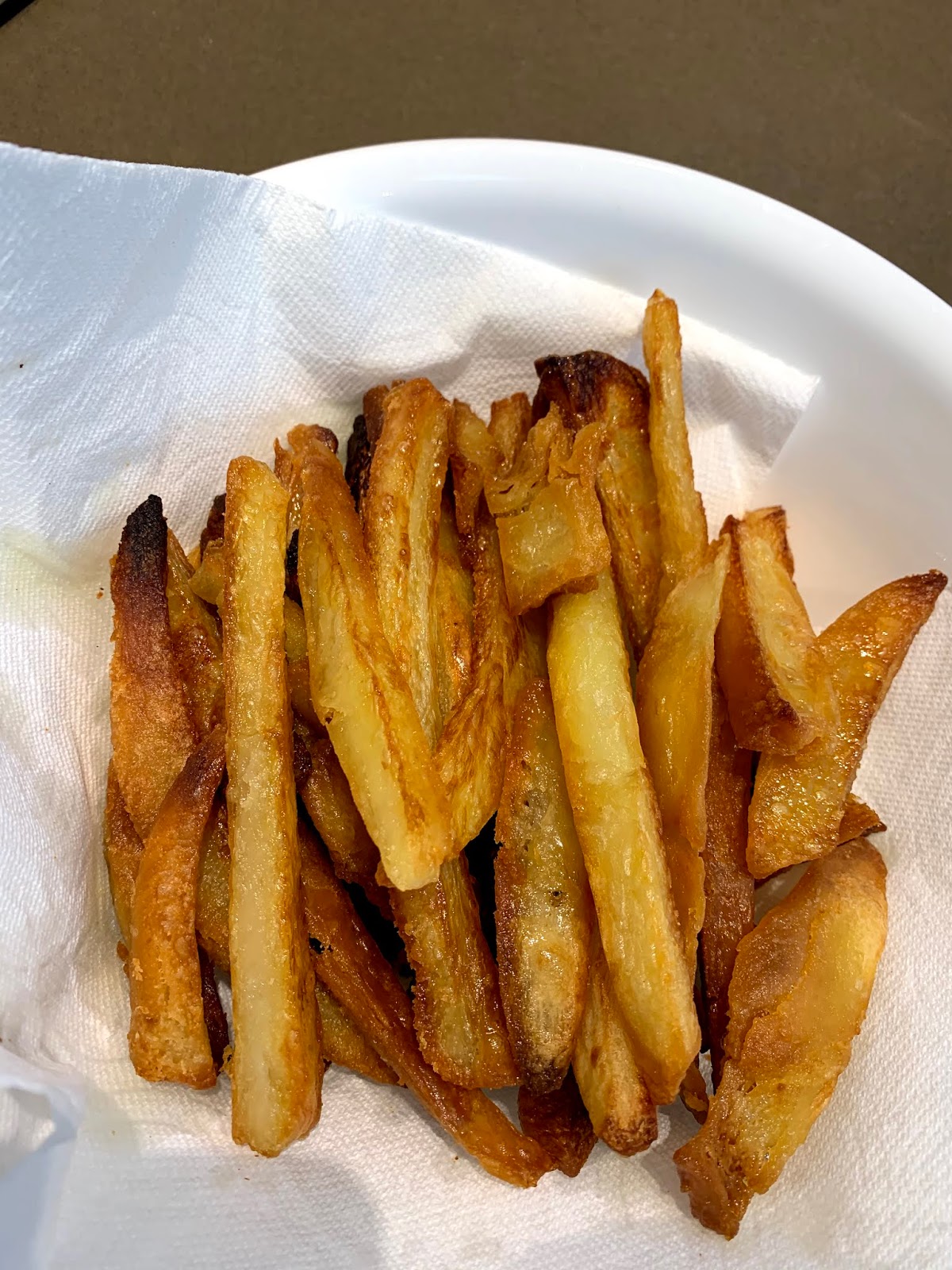 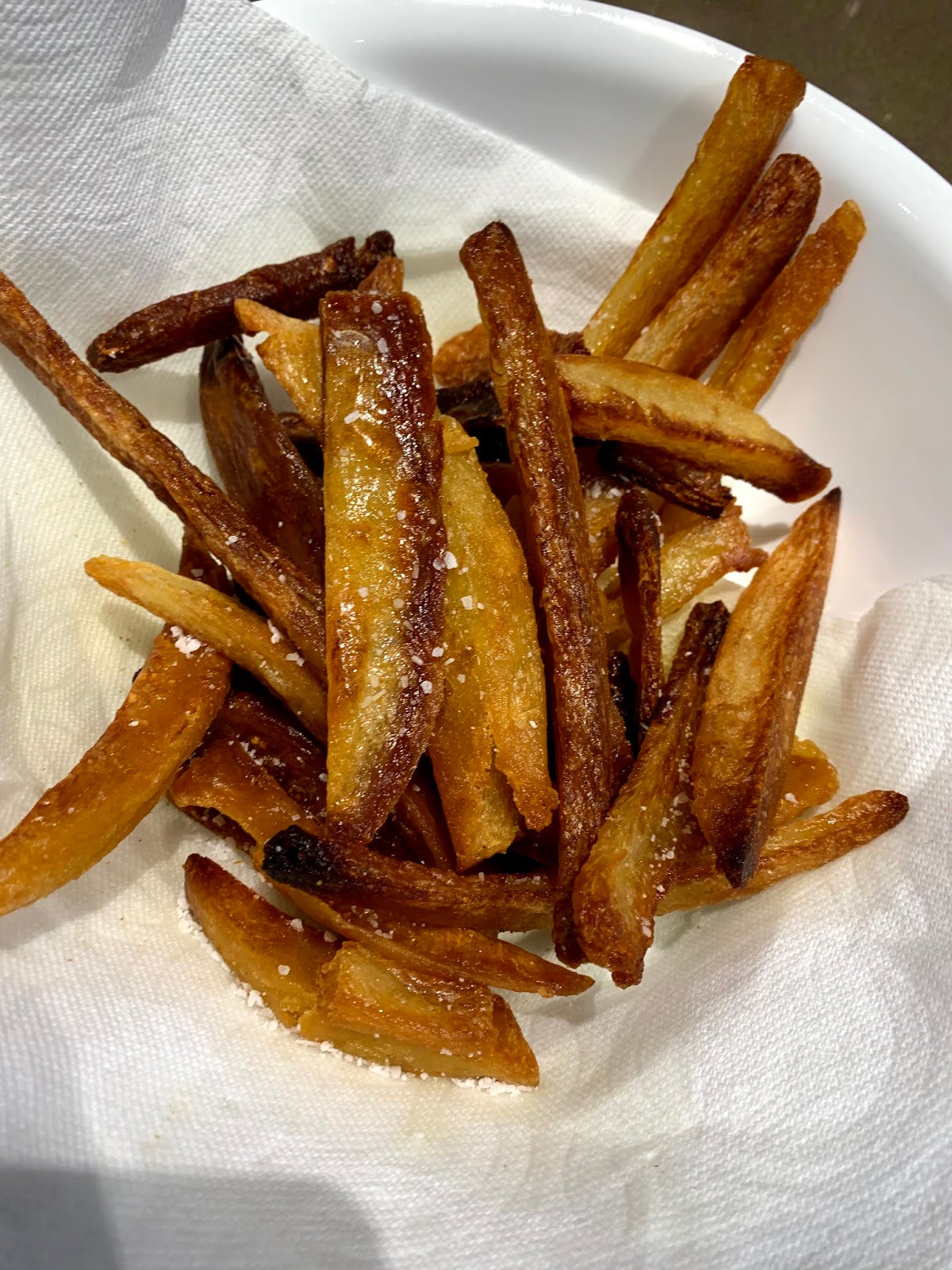 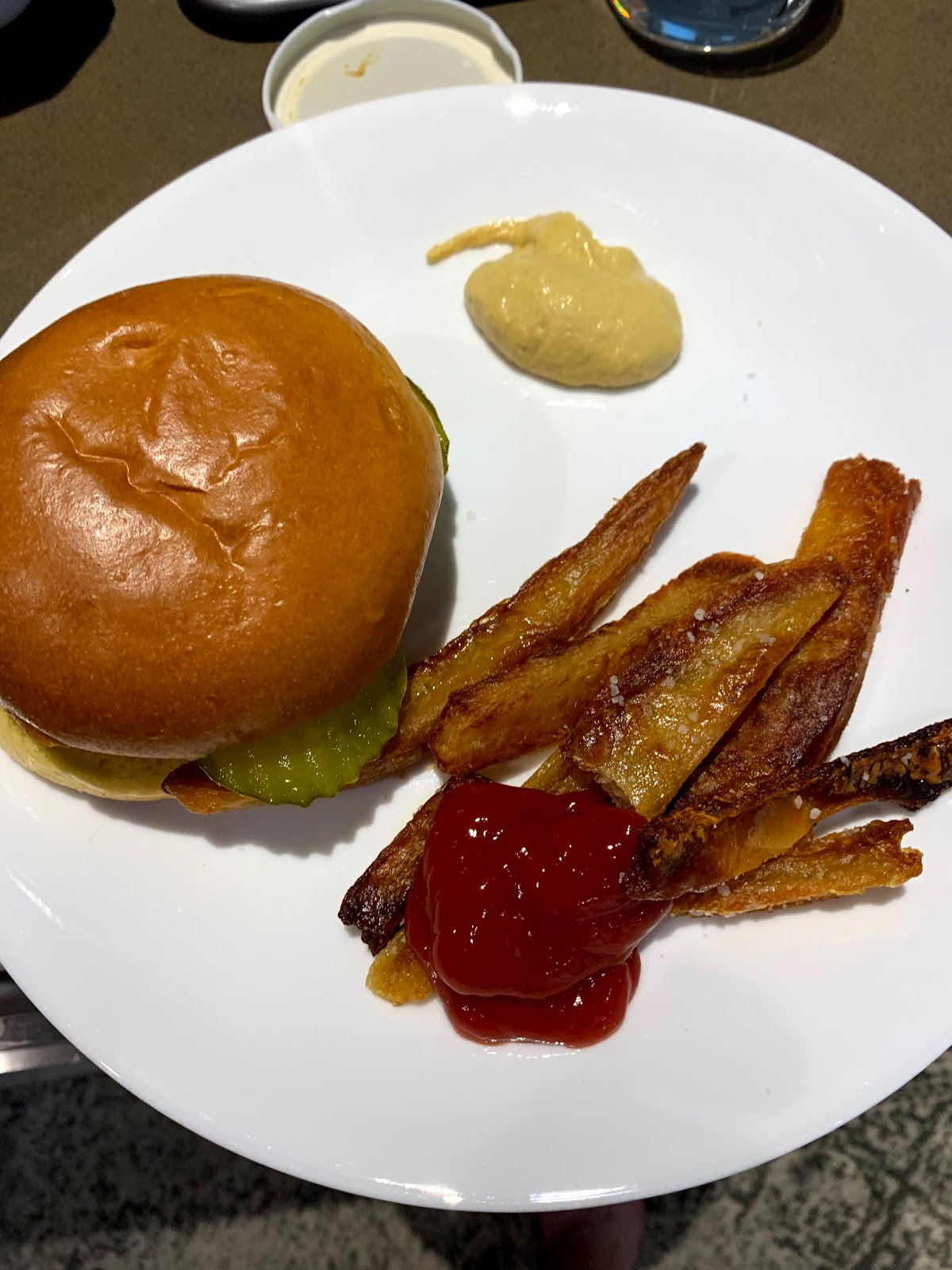