So I had a portion of bread dough leftover from my cabbage and bread dinner and decided to make focaccia or some sort of something that is related to it and possibly pizza. This is french bread dough and while I’ve attempted this before and there’s really no way to ruin it, I decided to watch some YouTube videos before I set out on my path to rack and ruin. Welp, that may not have been the wisest course of action.

There is just no one way to make it. I watched Jamie Oliver, Samin Nosrat (in 2 different videos), Bon Appetit, Patrick Ryan and several other less engaging people make it, and none of them, not even Samin’s 2 videos, were the same. So fuck it. I already had the dough anyway which is generally the main event.

I had some sausage rounds that I ground up and cut up some tomatoes (Yes, you can do this and still call it focaccia—Jamie Oliver put potatoes in his!!! The English. Peh) both of which I sprinkled liberally on top

This was fabulouso. I added a splash of hot sauce. Hey, if he can put potatoes on his I can put hot sauce on mine. One thing though, I cannot for the life of me get this dough into the corners. And I find that frustration so annoying I’m going to do it in round pans from now on. I just cannot stand there and scream “get in the fucking corners” at what I suspect, but may not actually be, an inanimate object one more time. My mental health is fragile enough as it is. 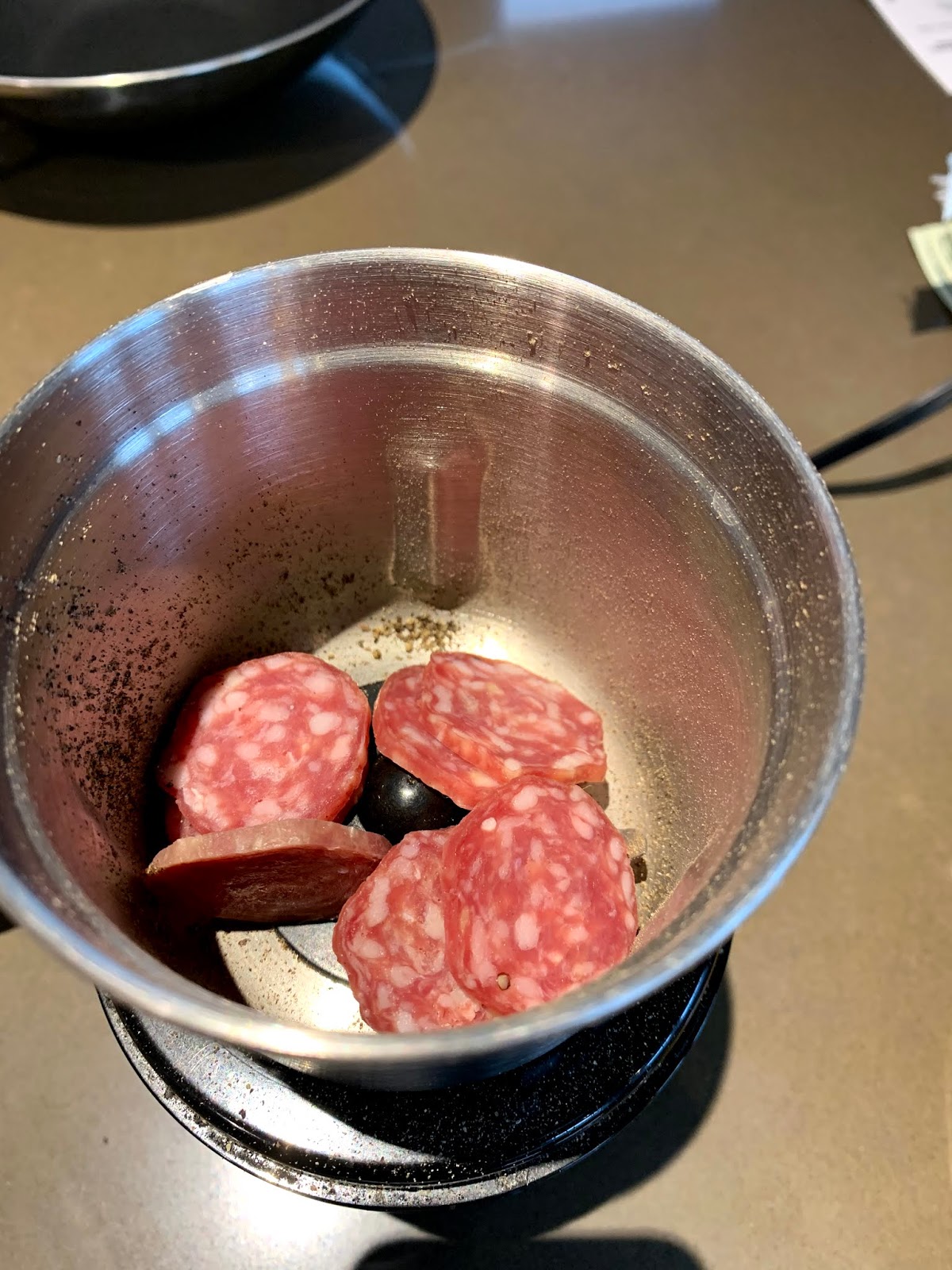 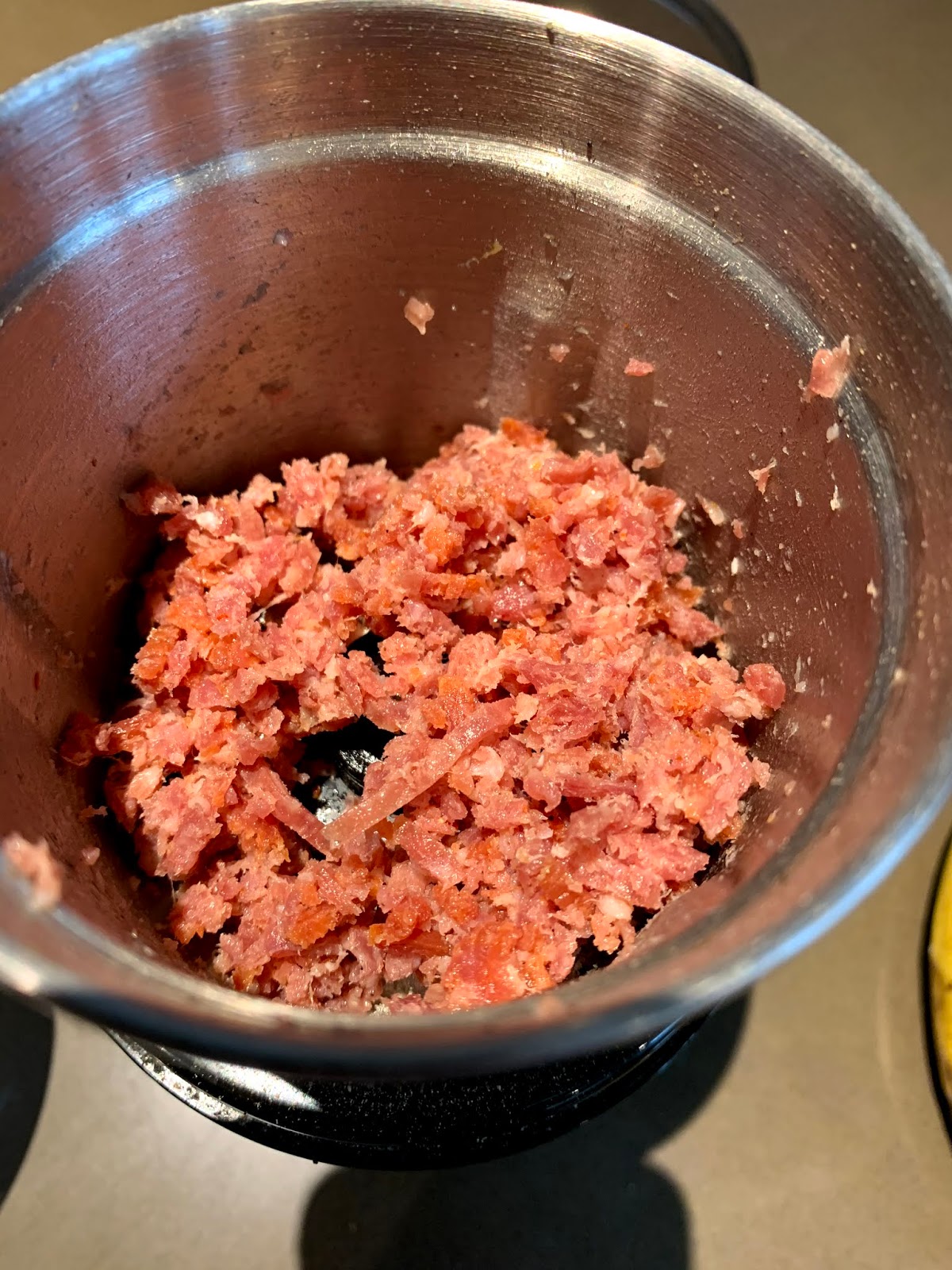 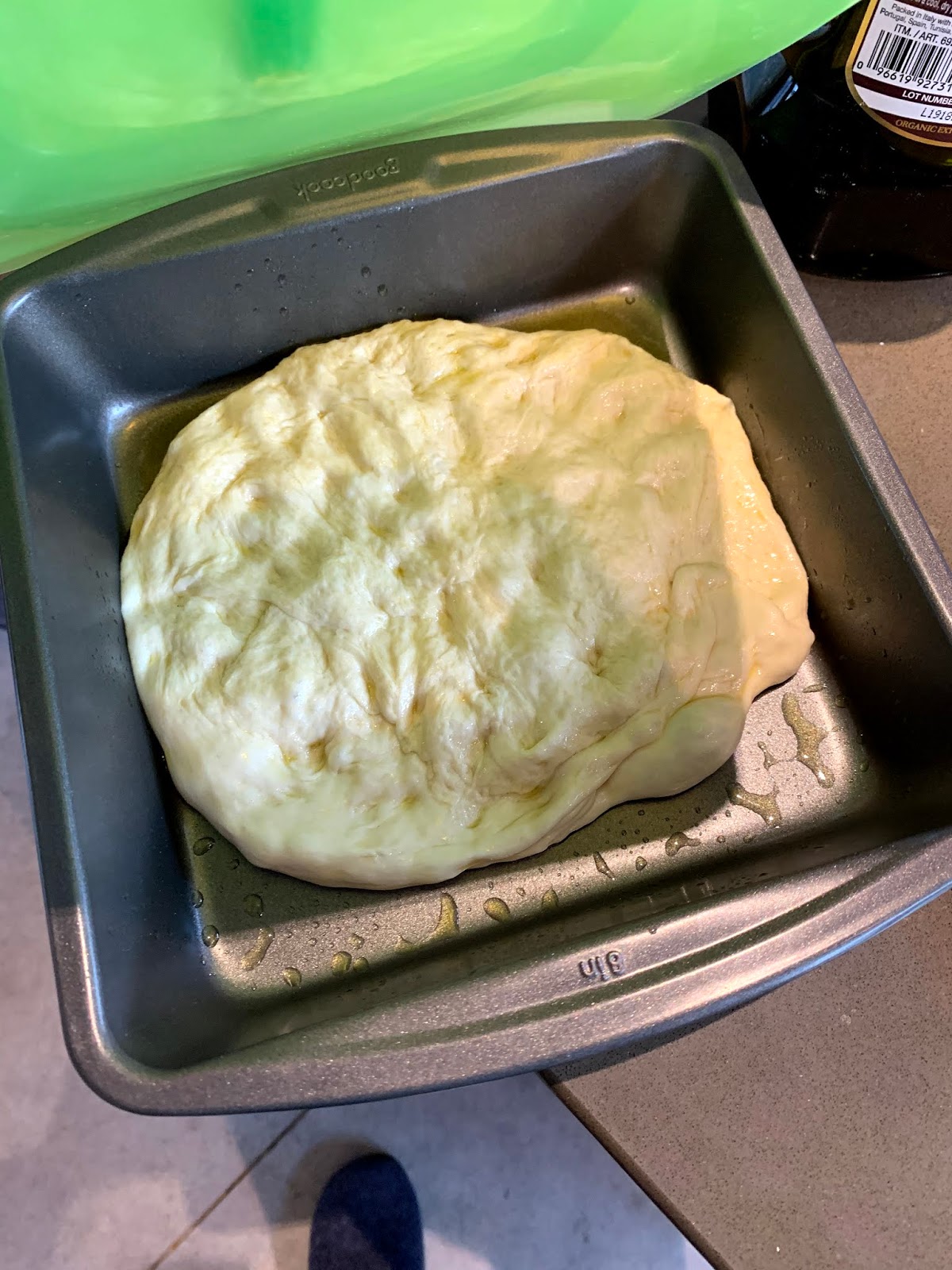 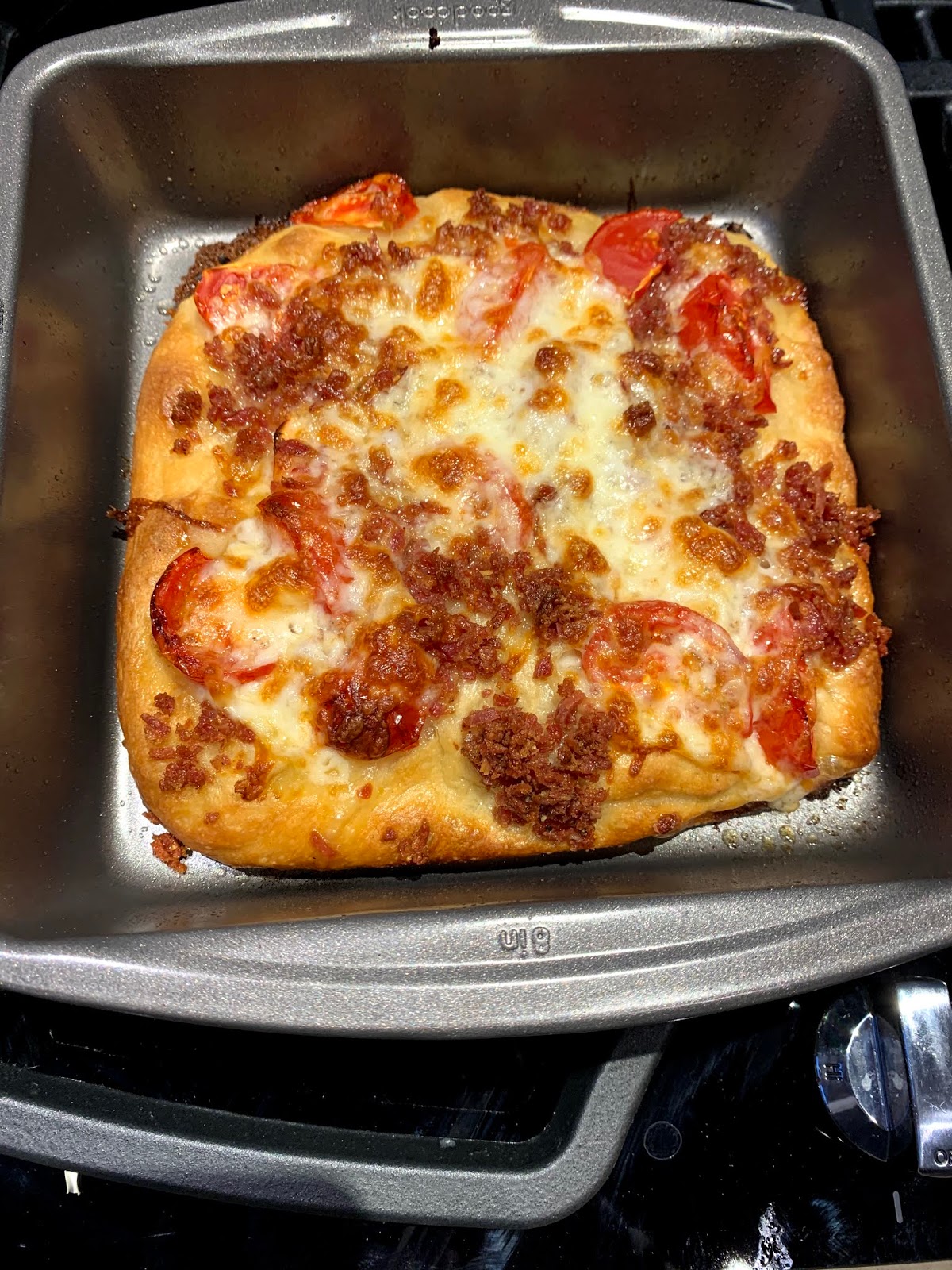 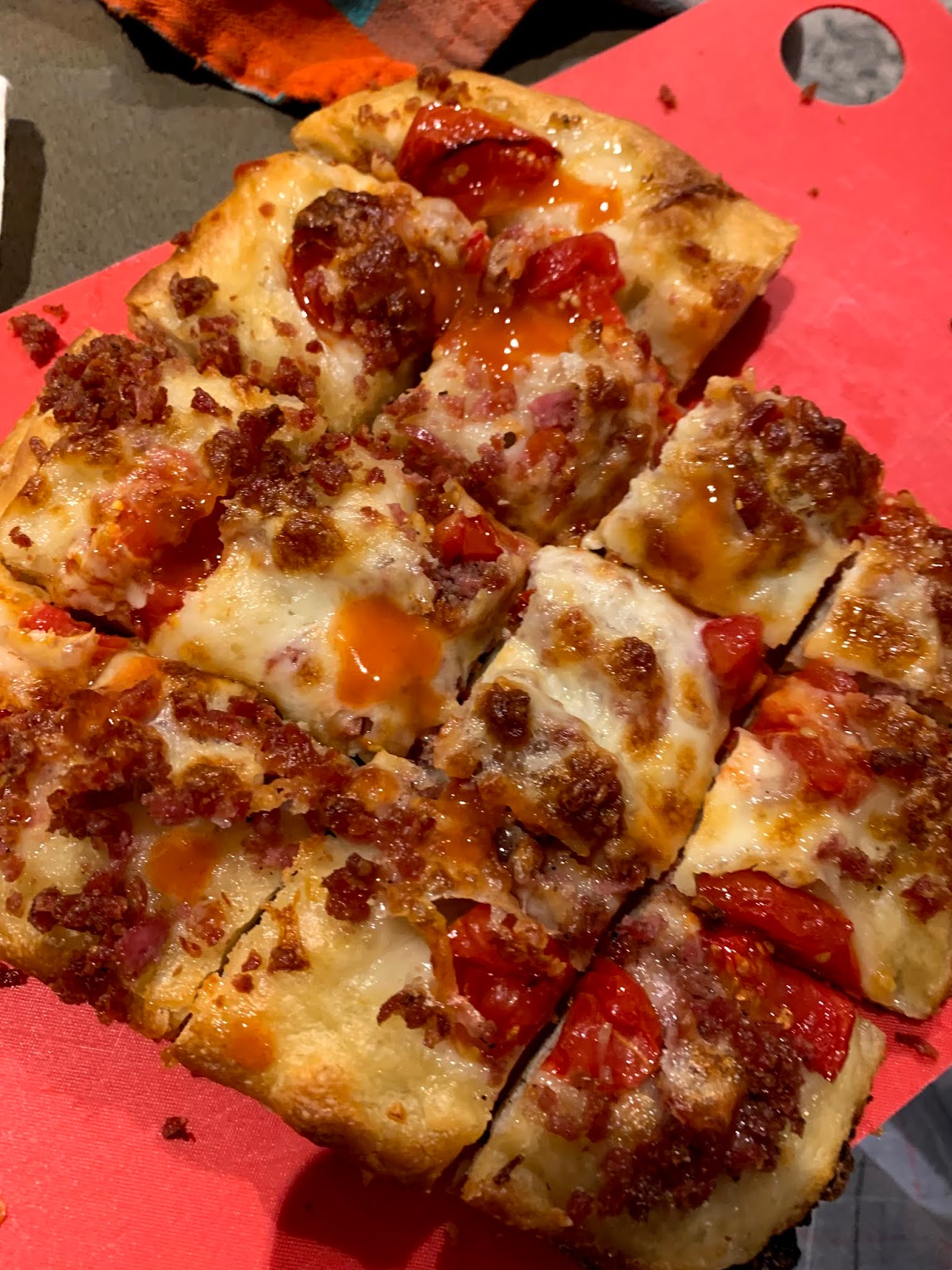