My grand-niece is not the tidiest of eaters. I helped her eat recently. She does not like to be fed since she prefers to hold the spoon herself but tolerates it if you put the food on the spoon and give it to her allowing her to put it in her own mouth but she’s a little shaky. OK, more than a little shaky. She also seems to feel that things she doesn’t like can be simply tossed aside whether that’s on the table or floor isn’t exactly an issue for her. She did not like the sour cream I put on her spoon and she spit that out quite aggressively. The celery that was in the rice was fished out of her mouth and cooly tossed to the floor.

Obviously, I don’t live there and don’t really need to worry about this but I’m thinking they could use a meal-time dog which would make cleaning up a lot easier. 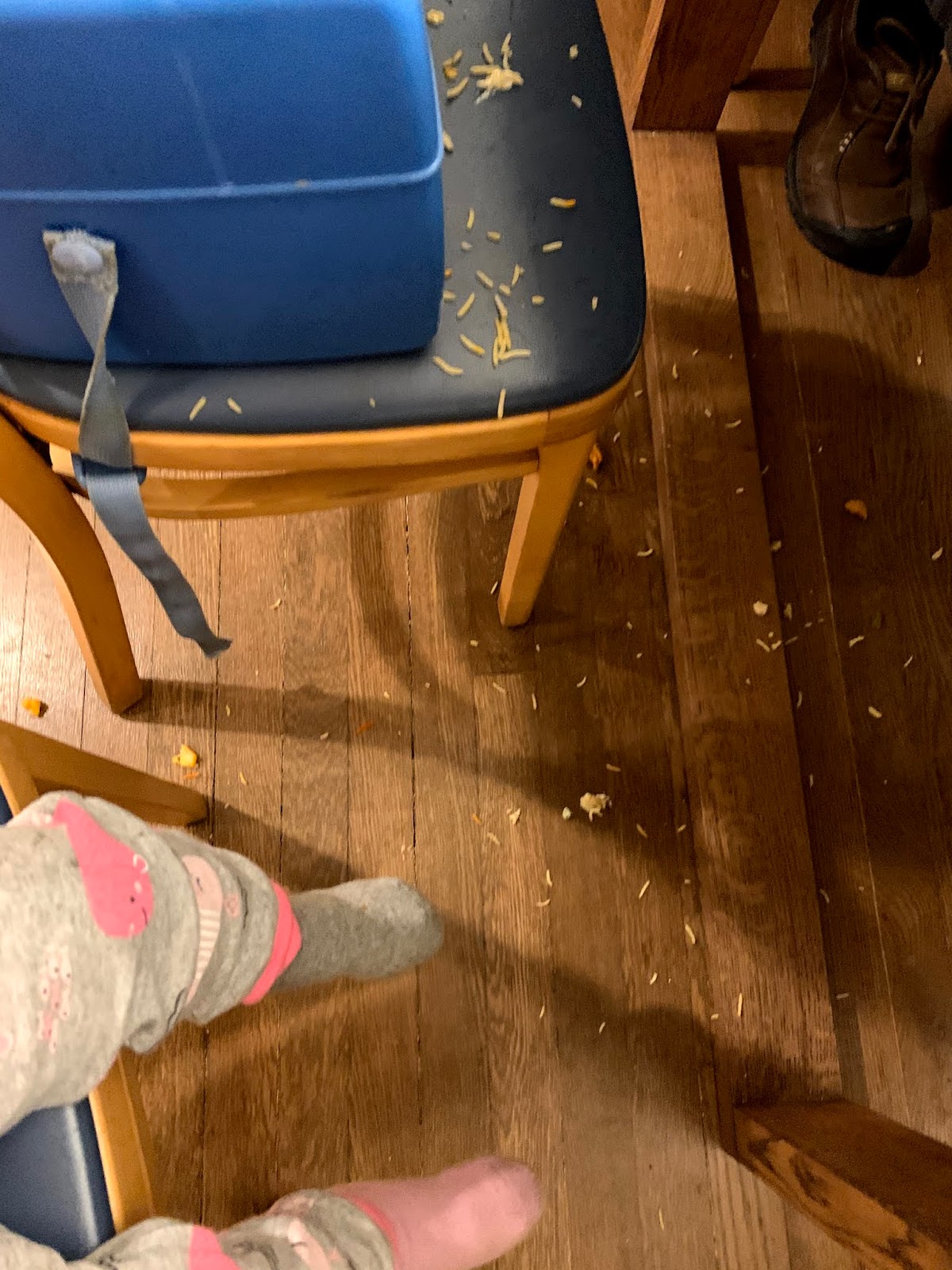