To the untrained eye the bike paths in Berlin look just like sidewalk and they are all over. And in fact the paths actually are a part of the sidewalk. Yeah, OK, sure there are some lines and the color is different but it’s just sidewalk. Nothing tells one that it is, in fact, the bike path. There are no signs, no directives, no icons on the path that might give one a clue. The sidewalks and even the streets are a mix of bricks, paving stones of various colors and sizes, cobblestones and concrete, who’s to know what anything means? There are no pamphlets being handed out explaining the various unwritten rules of Berlin (and believe me there are plenty).

So instead, hapless tourists unfamiliar with the sacrosanct bike path tend to wander randomly into the path of oncoming bike traffic. Berliners, I must say, are not at all patient with this sort of thing, or any sort of thing for that matter. Personally I seem unable to remember that the bike path is there and so am getting pretty accustomed to the half bark/half scream that escapes my mouth (accompanied by some masculine hand fluttering and possibly anxious face covering) when I step into the path of an oncoming biker and am nearly decapitated/kneecapped/dismembered by a not particularly sympathetic Berliner at cruising top speed bellowing “flucknungebgruessinsheisskopf” at me in a threatening manner.

Fortunately they are all on bikes, in a hurry, and gone before you can say “Oh, Gott, bitte entschuldigen Sie meine dumme und völlige Dummheit, meine freundlicher herr.” * 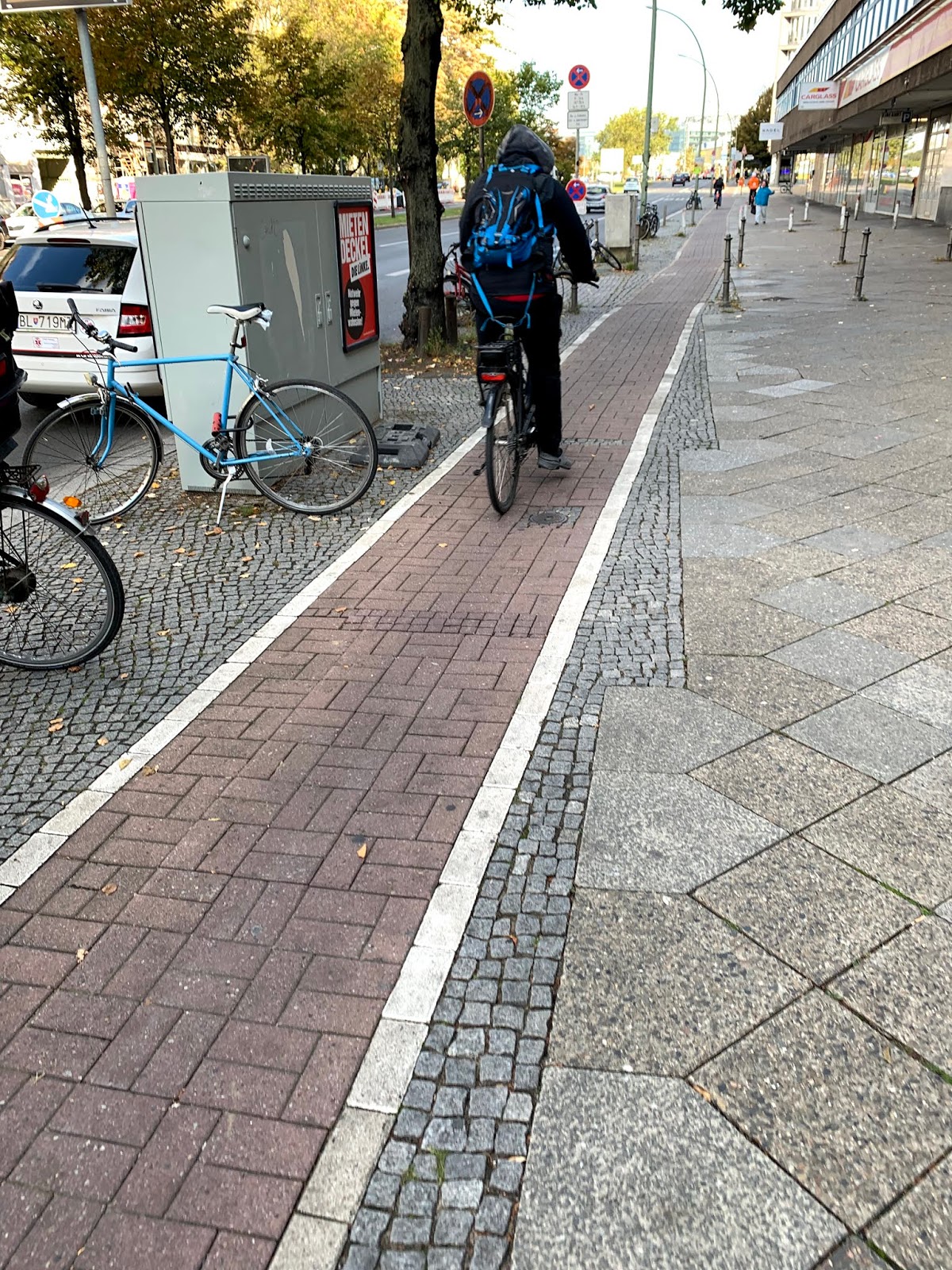 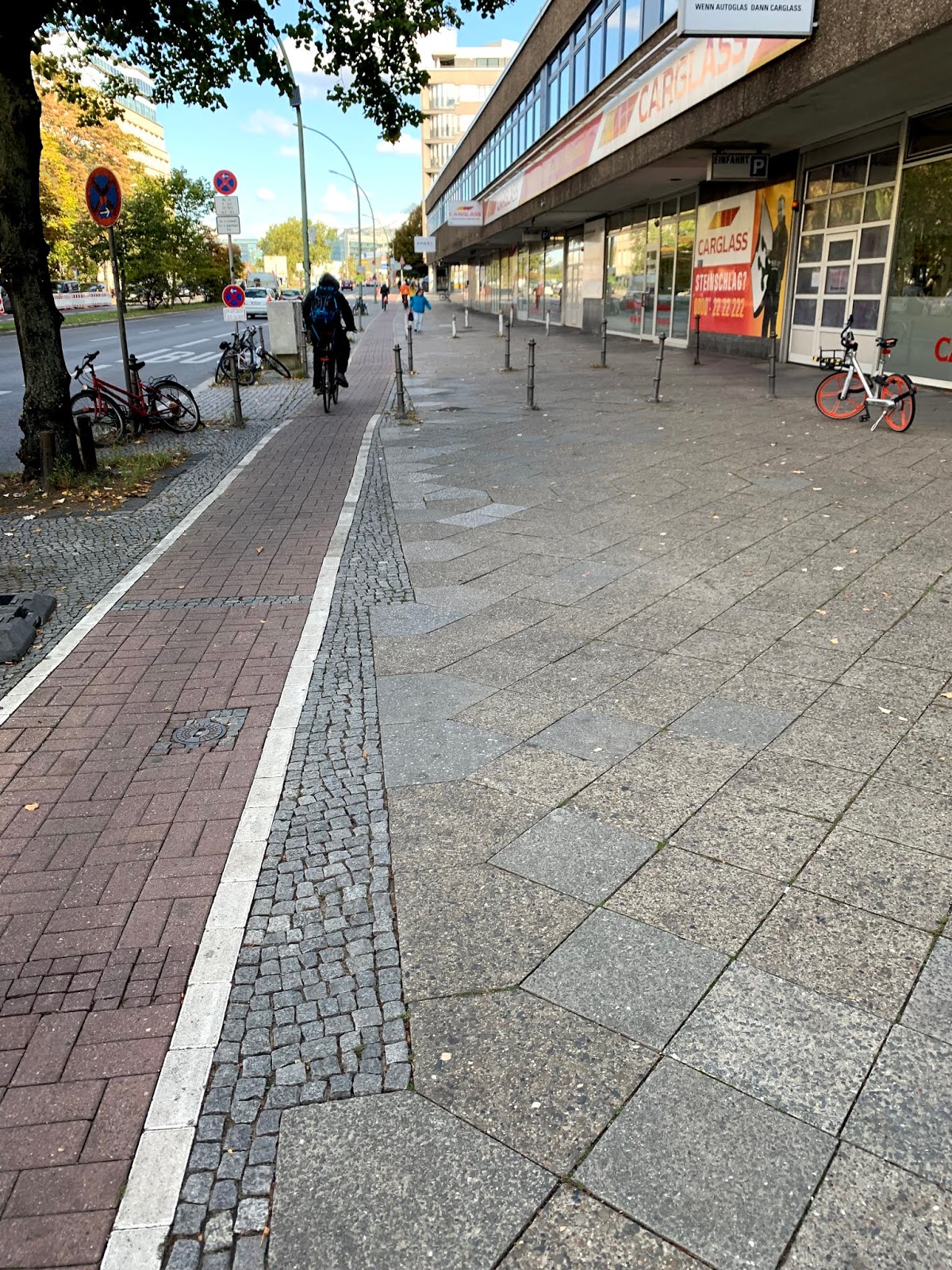