You’re supposed to deep fry them but I baked these instead. 475º. Deep frying in the house is a stench nightmare for days. But I had Carol coming over and, well, needed some wings. This seemed like a viable possibility. And it is. I think they could have been in longer (they were browner than pictured below) but they tasted OK. The skin was not all that crispylicious which is pretty much half the deal with chicken wings. Sauce and meat being the other half. But they worked.

The larger issue was that I neglected to make the bleu cheese sauce it needed. And the bummer of that was that I had a goddam wedge of it in the refrigerator. She didn’t complain but I noticed she put chip dip on hers. 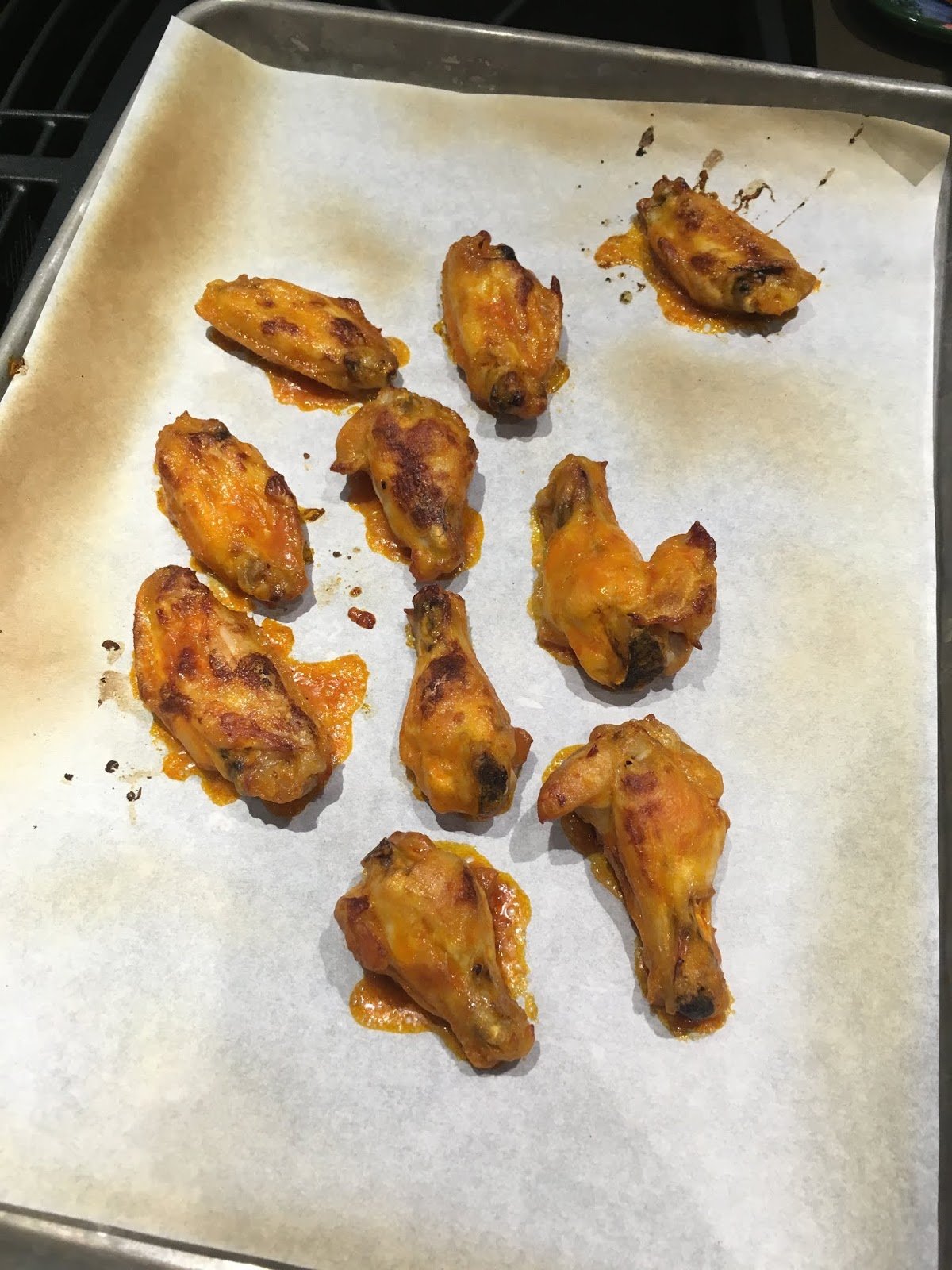