So it begins…the battle with nature. The rabbits already ate the blueberry bushes down to nubbins so there’s that. On the one hand I won’t have to fight the birds to get the blueberries that I will end up forgetting in the back of the refrigerator. On the other, I realize I will have to have the bushes protected over the winter. And then, if I don’t get some kind of bumper crop of blueberries, it’s adios.

Rhubarb is up (bottom pic). Nothing will eat that. I am giving rhubarb upside down cake a try because I’ve had it covered so it gets no light which supposedly makes it redder and sweeter. We’ll see I have my fingers crossed but, really, rhubarb, meh.

The seedlings are not food crops though. These are in the floral department. I did not label the ones on the left side so I am not sure what they are. Oh well, I’ll know soon enough unless something eats first. I’d give that a 50/50 chance of happening.

On the right are my onion sets planted in my raised beds. Nothing will eat those. It’s when I confidently say things like that that I discover the onion borer worm or some such thing.

But I’ve girded my loins. I’m ready to do battle. 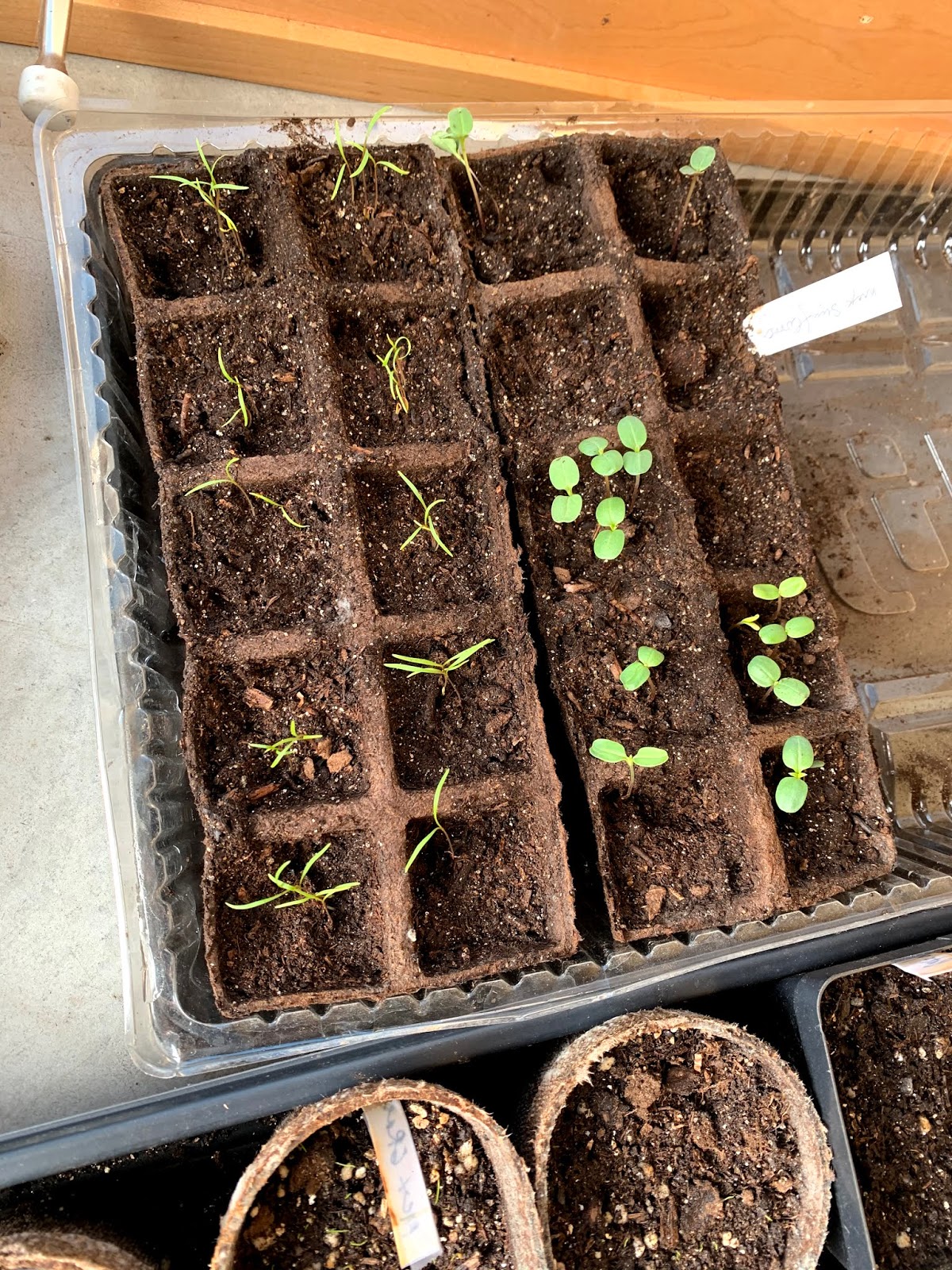 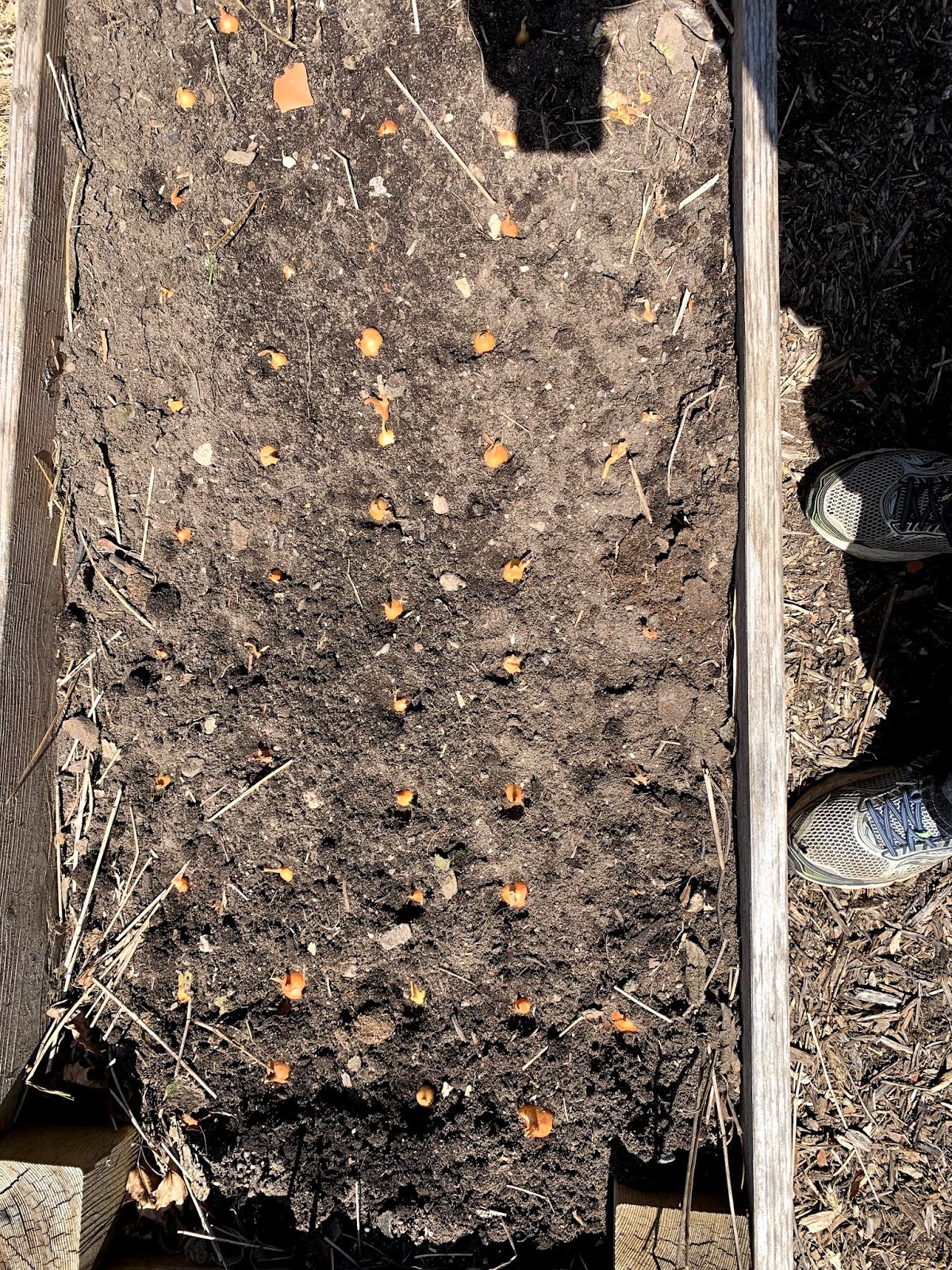 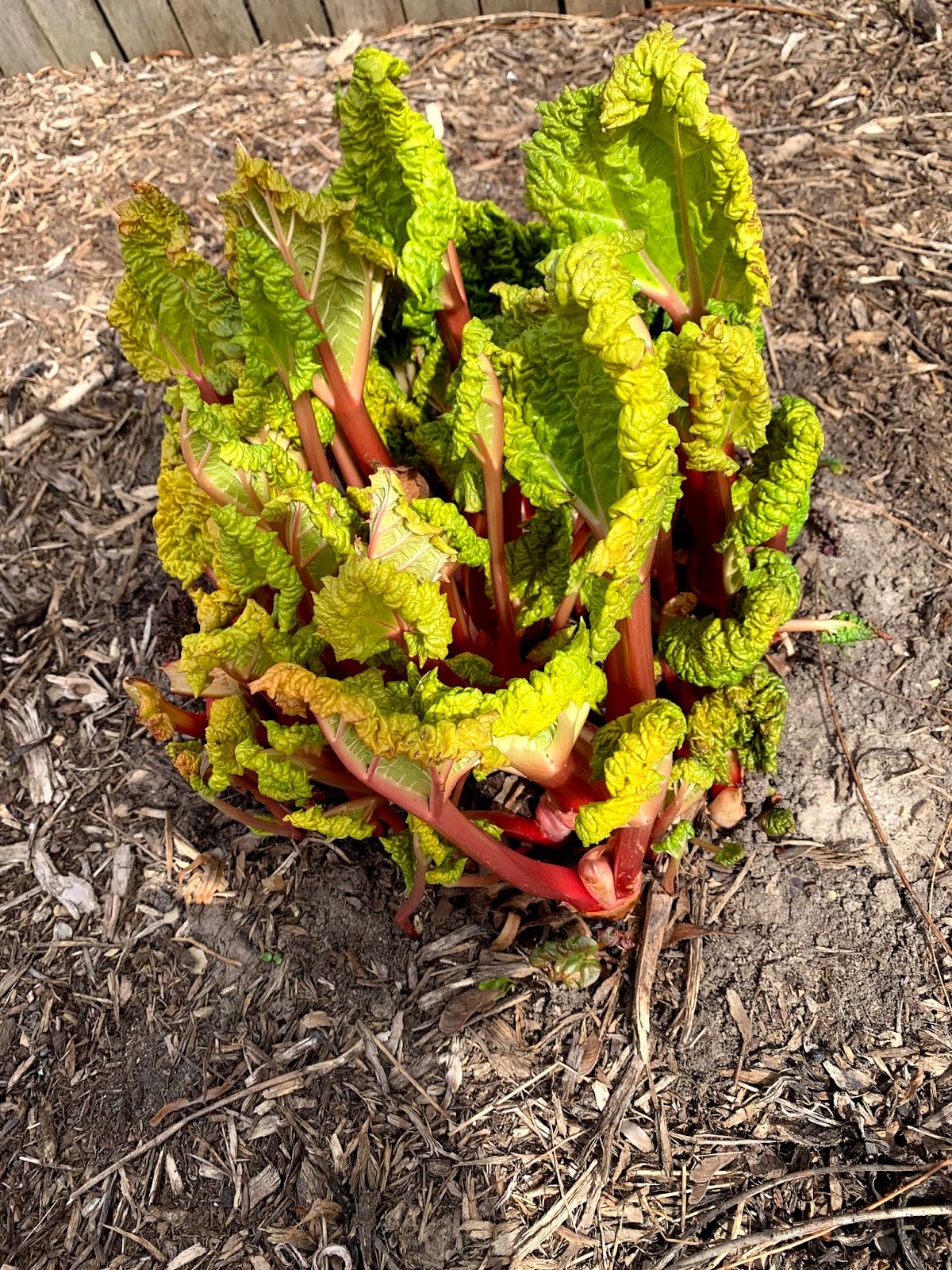